Did you think the Angry Birds movie was an insane bit of zealous over-licensing at the peak of a mobile gaming fad? You ain't seen nothing yet. According to IGN, Cut The Rope developer ZeptoLab has partnered with production company Blockade Entertainment to create a computer animated movie based on the game's adorable monster protagonist Om Nom. Om Nom: The Movie is currently scheduled to release in 2016, notably the same year that the Angry Birds movie will hit theaters.

The official synopsis for the movie makes surprisingly little mention of ropes or candy, and sounds like an E.T. rip-off that came 30 years too late:

Om Nom tells the story of 13-year old Evan, a boy whose impulsiveness leads him to open a secret package containing a living scientific experiment - with mischievous intentions! Known only as Om Nom, this adorable creature has an insatiable appetite for everything sugary. Now free to roam, Om Nom begins to wreak havoc upon this formerly quiet town, and Evan, with his little sister Jordan in tow, must follow him on an epic adventure while avoiding a host of government agents, shady characters and other unique creatures - all of whom are looking to capture Om Nom for themselves. Along the way, Evan and Om Nom will discover the importance of trust and patience, and how life's accidents can sometimes lead to incredible discoveries and unforgettable moments.

ZeptoLab has already created a series of animated shorts starring Om Nom, which have collected millions of views on YouTube.

On the one hand, it's hard to blame companies like ZeptoLab and Rovio for licensing out these characters - they'll have little or nothing to lose since movie studios bear the brunt of the risk, and most of them know to make the most of their 15 minutes of fame. The licensing fees alone for a movie might pay the entire development cost for half a dozen mobile games. 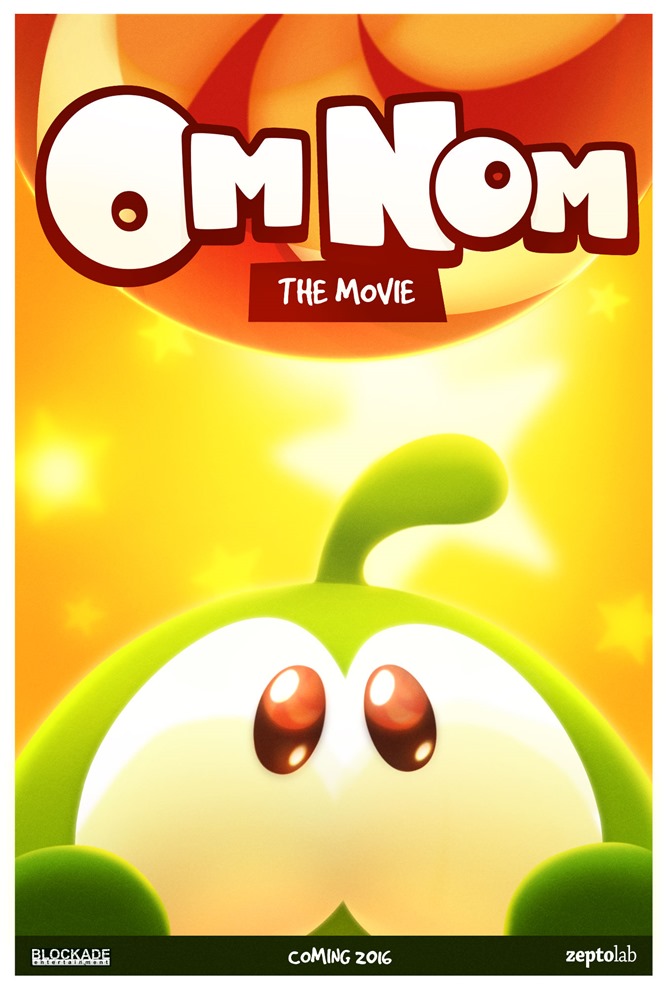 But on the other side of the equation, we're getting motion pictures based on mobile games. Om Nom seems especially unlikely to be worthy of a watch, since Blockade's only other movie credits are the as-yet unreleased Ratchet & Clank and Sly Cooper, both based on PlayStation games. While the Angry Birds movie will be distributed by Sony Pictures, Om Nom seems unlikely to get a theatrical release.

Opera Releases Browser For Android TV, But Currently Not Compatible With Nexus Player