A new update to Google's Maps application is out, but the wait for offline navigation must go on. This is a relatively minor version bump, so we're not going to see the big features mentioned at I/O, but that doesn't mean there aren't still some pretty good things in this release. We now get to enjoy a new photo gallery view, car rental bookings will be shown, and there are a few pleasant improvements in Settings. 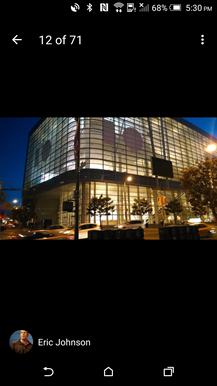 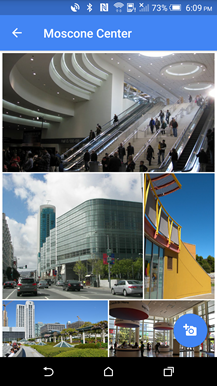 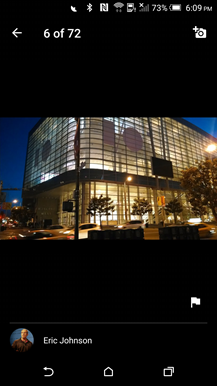 A few weeks ago, Google made some subtle changes to the interface for uploading photos for locations you had visited. Adding support for multiple uploads was the target on that revision. This time around, users are welcome to actually see multiple photos at once. When you're on a page for a location with photos, tapping on the shortcut used to lead to the first photo in the list, and users would have to swipe through from beginning to end. The new version takes users to a flowing gallery view with each photo organized to fit snuggly into view.

Tapping any image opens the old viewer; but that too has gone through a little redesign. The overflow menu has been removed, and its two commands for 'Add photos' and 'Report inappropriate photo' have been placed directly in the interface as buttons.

While most people probably don't spend a lot of time skimming through photos in Maps, this greatly improves the experience, and might make it worth a second look.

Refreshed Your Places Screen With Shortcut To Published Photos 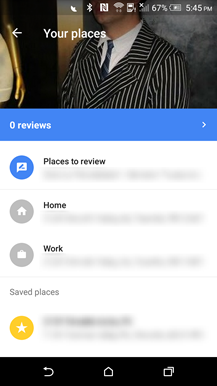 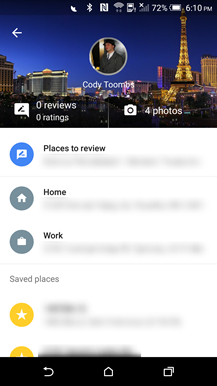 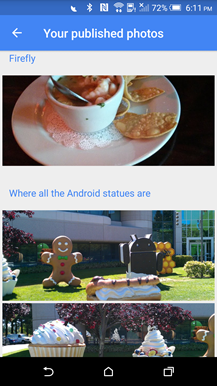 The "Your places" screen went through a partial redesign. In place of the awkward full-width blue bar that navigates to your reviews, there is now a more pleasing pair of links set on top of your Google+ background photo. The new buttons contain a count of reviews and ratings on the left and photos on the right.

The photos link may require a little further explanation. Last week, Google announced plans to close the Views service, a neat satellite site designed around sharing photos for Google Maps. While it's a shame to see the site coming to an end, most of its features are expected to make the transition over to Maps proper. The first step in the migration is to give people an easy way to check out their published photos and delete them if desired. That's what you can get with the new photos button.

Last month, Google made it a little easier to find your bookings to events, flights, and hotels through a simple search. Now you're going to get a little more access to things on your itinerary with car bookings.

Note: We don't have any screenshots of this since nobody on the AP team has a car booking lined up, but some new strings in the app leave nothing to the imagination.

Just like other types of bookings, these will show up at the location where pick-up and drop-off are scheduled to occur. Times will be shown, along with a confirmation number, type of car, and any other pertinent details.

Update: We've now got a couple of screenshots that show what the car rental bookings look like in Maps. Thanks, Fredrik Lundberg. 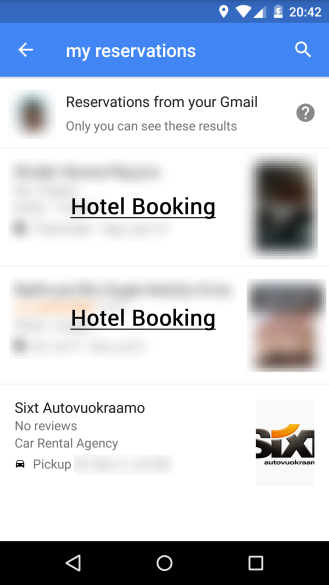 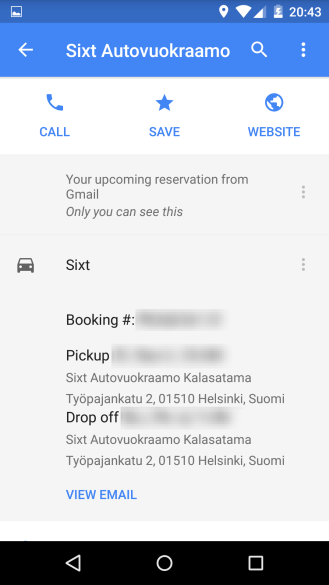 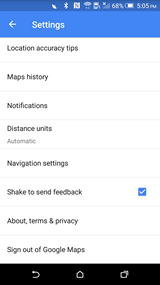 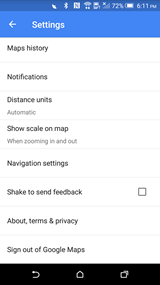 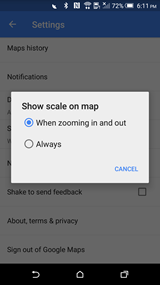 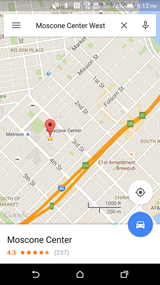 The Settings screen went through a couple of changes, as well. The first notable difference is a new setting called 'Show scale on map.' It offers two options: the default which is to only show the scale while zooming in and out (plus a couple of seconds afterward), and to simply leave the scale visible 100% of the time. This is mostly up to personal preference, but there will surely be many people who appreciate keeping the scale permanently visible.

The second change fixes a long overdue bug. The 'Shake to send feedback' checkbox is now disabled automatically with this update, and that includes existing devices that still have it enabled. Since many people use the Maps app while physically moving, it was entirely too common for a phone to jiggle just enough to trigger the send feedback action and interrupt whatever is supposed to be going on. That problem should finally be over with. If anybody would prefer to keep this setting turned on, be sure to re-enable it after updating.