Welcome to the latest entry in our Bonus Round series, wherein we tell you all about the new Android games of the day that we couldn't get to during our regular news rounds. Consider this a quick update for the dedicated gamers who can't wait for our bi-weekly roundups, and don't want to wade through a whole day's worth of news just to get their pixelated fix. Today we've got a simple zombie game (that doesn't suck), a stealth/puzzle sequel, a jigsaw puzzle with Tetris inspirations, an extremely odd music game, and a minimal twitch title. Without further ado:

The Hit Car is a strange mash-up of super-simple games like Crossy Road and, well, running over zombies with a souped-up truck. The only control you have is steering left or right, and a single collision will end your run - hit (and later shoot) as many zombies as you can before that happens. The simple setup and graphics are charming, and what IAP is in the game is easy enough to ignore.

The country has been invaded by a little green dudes (they might be zombies .) and your job is to get rid of them. Drive around and collect the coins to buy guns and upgrades. Coming soon: 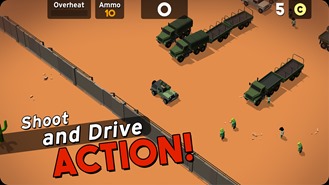 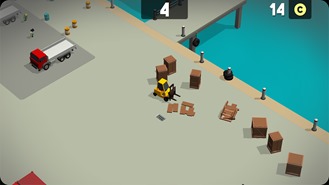 The original Robbery Bob was a hit thanks to its mix of tense stealth-based levels and a collection of spatial and logic puzzles, sort of a modified version of the original Metal Gear minus the guns. The sequel adds 60 new levels, new wacky tools of theft, and improved 3D graphics, though the perspective is still top-down. In-app purchases unlock various tools and clothing, though considering Chillingo is an EA subsidy, it could have been a lot worse.

The true king of thieves is back in business. Luckless burglar Bob is up to his old tricks again in Robbery Bob 2: Double Trouble. Sneak around security guards, past patrolling pensioners and evade cunning traps as you try to get your sticky mitts on as much loot as possible. The man of steal is back. – and he’s landed himself in all sorts of trouble. Help Bob plan a wedding for a mobster’s daughter, stop Dr. Thievious’ devious plans and find out if aliens really do exist? 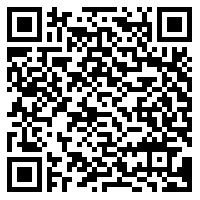 Imagine Tetris as a jigsaw puzzle and you've basically got the gist of Puzzle Blitz. All you have to do is get the various pieces onto the board in the correct configuration, which sounds much easier than it is once you've filled in the more obvious slots... and then you start running out of time. It's a bit like Perfection for grown-ups. A global leaderboard and hundreds of puzzles round out the features of this ad-supported game.

Puzzle Blitz is a frantic puzzle solving race against the clock. Solve as many puzzles as you can, before time runs out. You have 3 minutes. Place the pieces in the right spots to complete a puzzle. Every time you solve a puzzle, extra time is added to the clock. Compete against your friends on the global leaderboard, and become a puzzle solving champion. 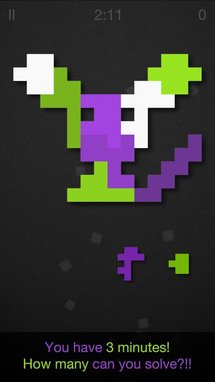 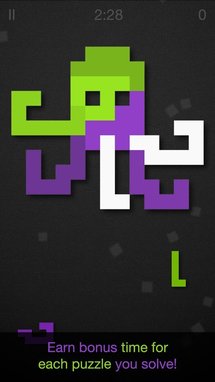 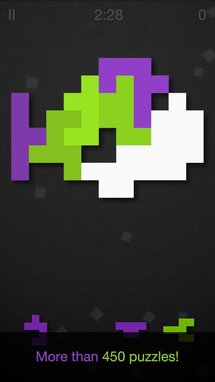 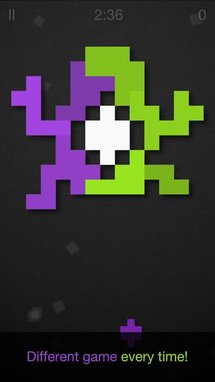 The Book of Renatus

The Book of Renatus is a strange mix of Victorian gothic horror and... rhythm game elements. No, really, you kill skeletons and demons and such in a gothic fantasy setting, but the bad guys come to you in time to the music (which you can select from your own local collection), like a 2D and incredibly creepy version of Space Channel 5. A $1 in-app purchase removes advertising.

Choose your favorite track and carry out a real massacre. Follow the rhythm and slash with style. This game tells you a story of Renatus, a man who got a second life but now has to pay the price. What happened to him? Find out in the diary that he kept during his last days.

• A mixture of cold-blooded action synchronized with music creates a unique gameplay model;
• control system based exclusively on swipes helps you feel the vibe and intuitively control the main character;
• no HUD elements will distract you from immersing into the game;
• locations are set in a dark fantasy world that resembles the Age of Renaissance;
• an intriguing story written in a form of a diary will guide you through the game;
• you can upload your own tracks and enjoy the action as you feel best;

The only objective in this super-simple twitch game is to get to the next circle as quickly as possible. A quick timer keeps you moving, and an interestingly varied take on the single spinning block game mechanic will keep you guessing. Lightning-fast gameplay and restarts make this an ideal game to kill time in a line, and a single $2 in-app purchase removes advertising. This one is not for the easily-frustrated.

Dash. Collect. Die. Repeat. A deceptively simple game about timing. From the makers of One More Line. 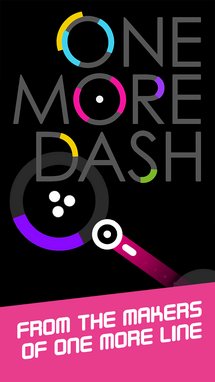 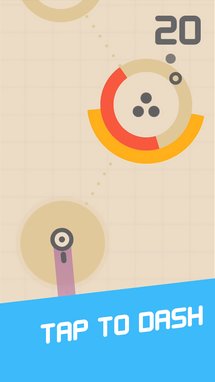 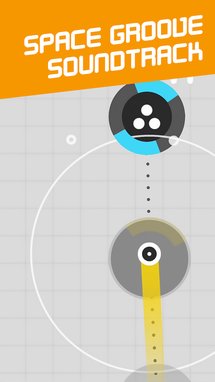 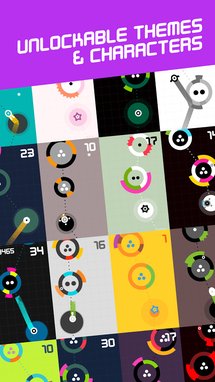 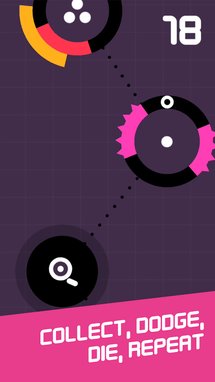 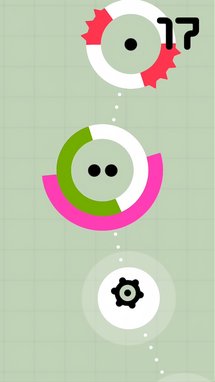 Netflix Will Expand To Italy, Portugal, And Spain In October 2015