LG showed off the G4 at the end of April, we posted our review a couple weeks later, and we've spent the time since then waiting for the time when folks here in the US can pick the phone up from their network of choice. Availability and pre-orders have trickled out gradually, and now we've reached a point where the phone should be on sale across all five of the country's largest carriers.

Sprint offers the G4 for a total cost of $600. It is also giving out a free extra battery, charging cradle, and 32GB microSD card to people who order by June 30th. 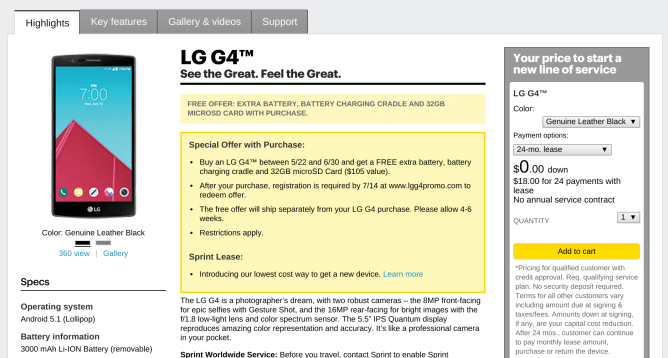 T-Mobile sells the phone for $600 as well, and it has been for a while. New purchases come with a 128GB microSD card while supplies last. 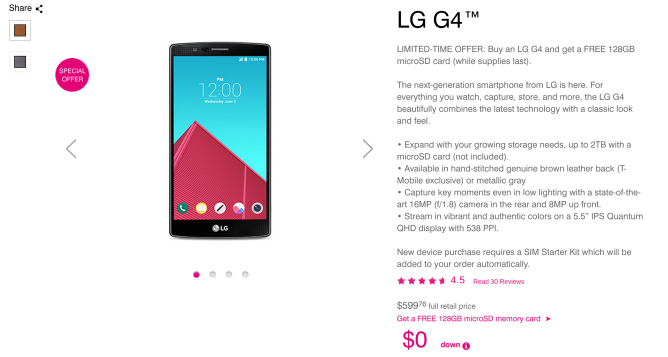 US Cellular will let you get the G4 for $510, but that's only after you send out the mail-in rebate. So you better have at least $610 before you get ready to check out. 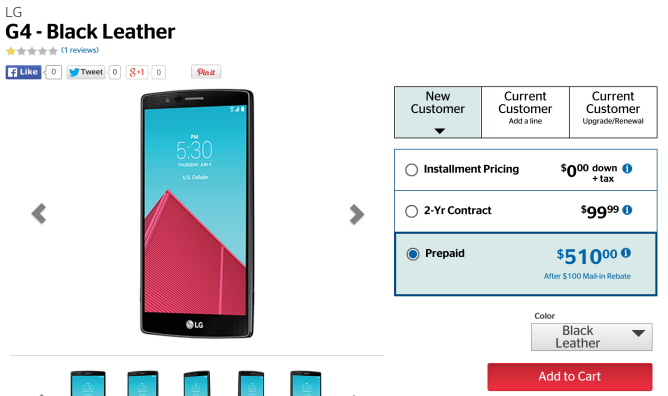 Verizon Wireless will let you walk out with a G4 for just $550. That's the cheapest of the carriers, but don't get too excited—the company is going to get much more than that extra $50 by the time you're done paying your monthly bill. 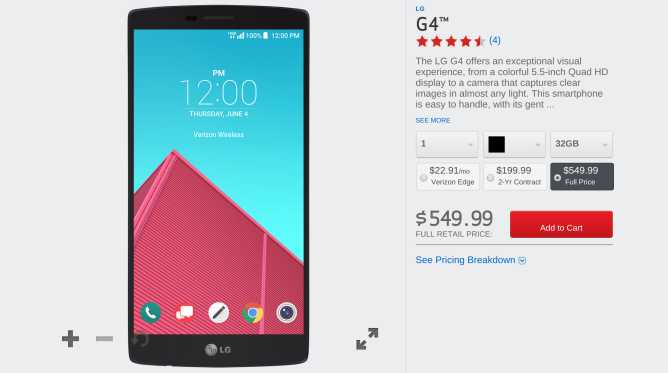 AT&T said it would make the phone available in stores today, June 5th. Hopefully that's the case. Online, the phone is still listed as a pre-order, but that could change at any moment. When it does, you're looking at a total cost of $630, the highest of any of the five carriers. AT&T's G4 is also the only one that will, after you pick up the LG Quick Circle case, support PMA wireless charging rather than Qi.

The moment has come. AT&T is now ready to let you purchase a G4 from its website right away.

There you have it. With the G4, you really have no shortage of options. You can buy one from whichever carrier you wish (unless you're on an MVNO), and you can snag more than a few perks while you're at it.