I've longed for this type of functionality on Android for a few years now, and while Google has done a little bit to reduce the amount of audio-in latency with Lollipop, we're still not quite there. Tired of leaving this huge market untapped, IK Multimedia decided to take matters into its own hands and built the iRig UA. Essentially, the UA does all the audio processing itself, which gets the latency down to a very usable point. This is something that most Android devices can't do on their own (the exception here is Samsung, which has "Samsung Professional Audio" built into its newest handsets). And here's the best part: it works with all Android 4.2+ devices.

Of course, the hardware is just half of the equation. The actual simulation software is just as important, so IK built a version of its popular AmpliTube software just for use with the UA. It's appropriately called AmpliTube UA, and it can be downloaded for free from Google Play. The app ships with a few very basic amps, cabs, and effects, but naturally all the goodies are tucked away as IAPs (which is to be expected). I actually played around with the stock offerings for a while before jumping in to the add-ons, and they're surprisingly not bad. Not the most versatile, but for a basic, free setup it gets the job done. In fact, if all you're using this for is practice, you could probably get by with the stock package. So, how does it compare to its iOS counterpart? Pretty damn well, I'd say...tonally, at least. When it comes to the sounds you can get from AmpliTube UA, it's basically identical to my experience with iOS, which is great.

Using it, however, is a little bit different. First off, UA is designed specifically for phones - there is no dedicated tablet interface, which makes me sad. I would much, much rather use a tablet over a phone for stuff like this, so a matching interface would be nice. Also, there's no landscape option, which makes it a real pain to use since the iRig actually attaches via microUSB. There's essentially no way to use the attached phone or tablet in a stand (unless the USB port is on the side) since it doesn't support landscape mode.

That brings me to the second point: since it uses USB, you can't charge your phone or tablet while the iRig is attached, and the display has to be on for AmpliTube to work. So expect pretty quick battery drain - a couple-hour playing session could easily take most devices down to 20-30% battery. I understand why it has to be this way though...I just wish it didn't have to be this way. 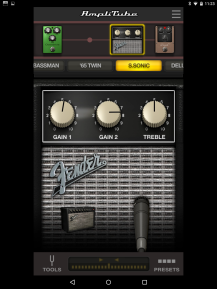 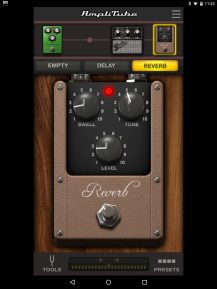 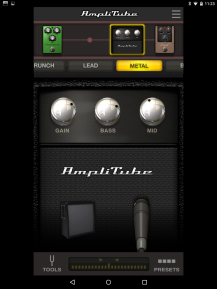 Overall, I like the iRig UA and AmpliTube UA. I think this is the best solution available for anyone who wants to jam out on amp sims without having to buy an iOS device, and is perfect for guitarists who already have Android devices. Of course, the iRig UA itself is $99, and then there's a bit more cost if you want any of the add-ons (you can get everything AmpliTube UA offers for one IAP of $70), which still isn't really that expensive when you take into consideration everything that you get in return: basically unlimited tone. And as long as IK is dedicated to Android, hopefully they'll continue to update AmpliTube with more effects, amps, cabs, and the like, as well as app features (like tablet support and landscape mode).

iRig UA is available today for $99, and AmpliTube UA is available on Google Play for free. For more information on iRig or other IK Multimedia products, check out the company's website. 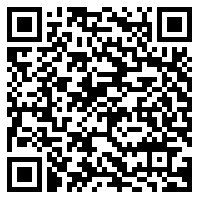 T-Mobile Reportedly Wants To Merge With Dish Network, With John Legere Serving As CEO Of ...