Digitally Imported Radio (or DI.FM, if you're accustomed to streaming through a browser) isn't a service we get to write about often. That's not because it's bad. It's just that the app lets you listen to over 80 human-curated channels of electronic music, and there's not much else to see.

But for the big leap to version 2.0, AudioAddict has given the Android version a complete visual overhaul. Digitally Imported Radio now looks less like something from the ICS days and more like old Pandora. The icon has also changed, as you can tell from the image near this post's title. 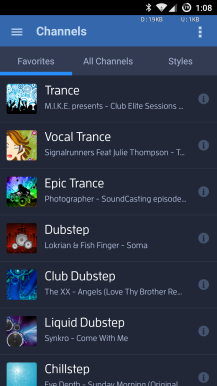 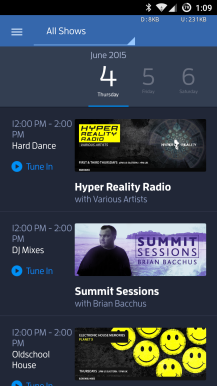 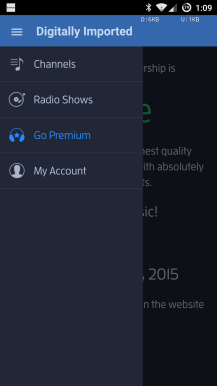 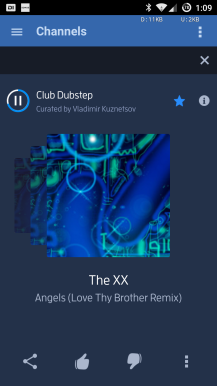 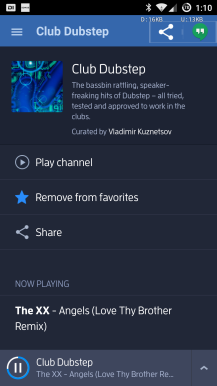 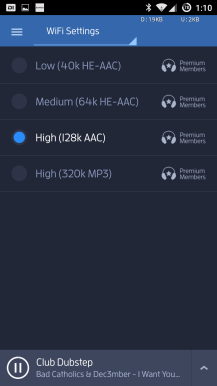 As you may have noticed, the new look isn't completely material. How much of an issue that is depends on your temperament, but we can probably agree that it looks better than it used to. For folks who haven't been using the app for the past few years, here's what you've been missing out on. 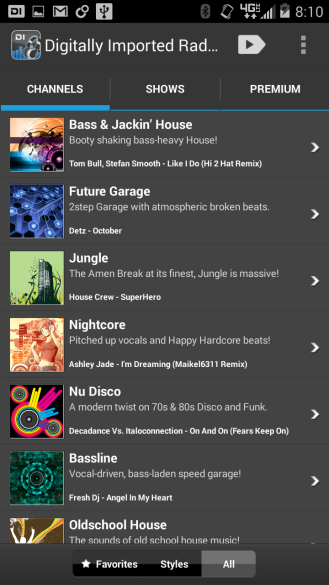 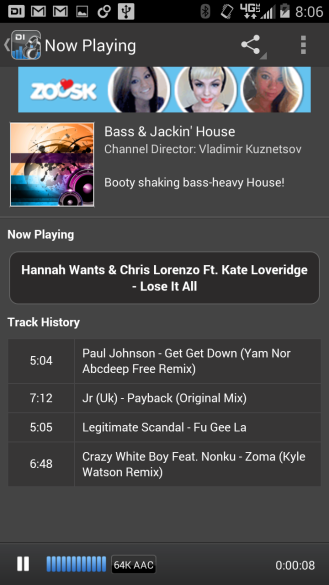 Sure, the screen is off most of the time, but it's nice to see something pleasant when the time comes to change channels. So plug in some earbuds and enjoy the revamp.