In with the new, out with the old. That seems to be LG's mantra when it comes to Android Wear watches. No sooner does the company announce and release a new model than it starts winding down production on the previous one, then completely stops it. That's the case of the G Watch R, or the GWAR as we lovingly referred to it here on Android Police. 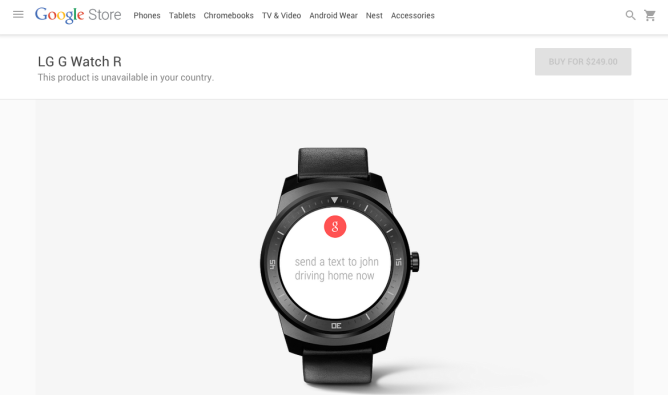 The Google Store's listing for the G Watch R now shows this message: "This product is unavailable in your country," and its support page only currently lists it as sold in Australia whereas it used to mention Japan and the United States before. The watch is listed as "Discontinued" on LG's UAE website, but doesn't appear to be so on the US site, yet. It also shows up as unavailable on Best Buy.

We reached out to LG for confirmation and were told that the G Watch R is being wound down. Existing stock will be sold, but production seems to have stopped. That's quite an unceremonious end to one of the coolest Android Wear watches we've seen in the past year. The one on my wrist still gets me a lot of envious comments and intrigued questions whenever I interact with it. I guess it's all about the Urbane now, sad trombone.