While it's not a particularly exciting set of updates, the Galaxy S6 and S6 Edge are hugely popular handsets, so any OTA update is news in one sense or another. Today, Verizon's versions of the twin-sixes are getting an update to build VRU1AOD5, which seems like a bug fix and feature-tweak release. 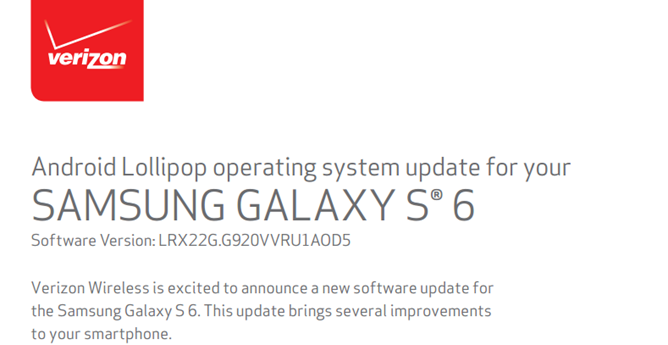