Google Maps is great (well, at least here in America), we can probably all agree on that, but there's also no denying the public transit direction experience to date was missing a key piece of information: live arrival times for buses, trains, and subways in the Maps app for Android. 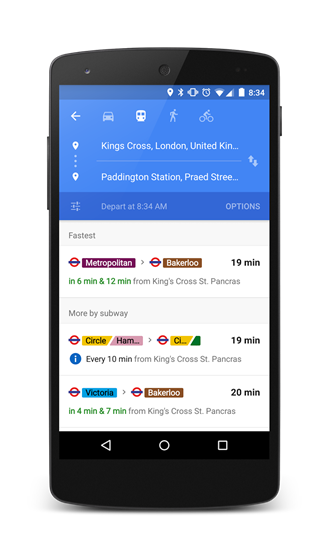 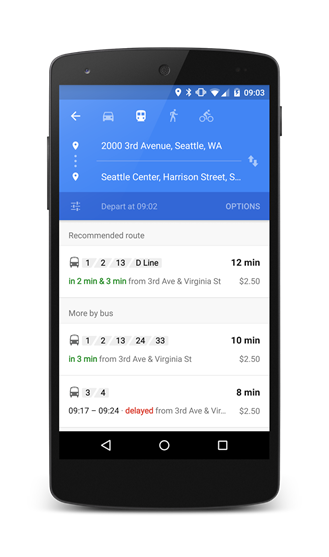 This feature will work with the 100+ transit providers Google has already partnered with to provide live scheduling info, and today it's also adding more providers. The UK, Netherlands, Budapest, Chicago, San Francisco, and Seattle along with over 25 of their respective transit authorities have teamed up with Google to provide additional live transit schedule information inside the Maps app along with the 100+ they already have. Which is awesome. So, now instead of just seeing a bus schedule in the Maps app, you can see the bus's estimated arrival (and the time for the one after that) as reported by the transit operator in real time. This, of course, necessitates using a transit system that has such data available, so the limited launch makes sense - not all subways and trains have readily accessible or centralized live scheduling information.

But when Google unveils a feature like this, it's generally because they plan to keep working on it, so you can assume more cities and transit options will support it as the months go on.