You have two options when you sign up for Project Fi. You can buy a SIM card with a new Nexus 6. Or you can just buy the SIM card and stick it in your own Nexus 6. Want to use another phone? You can, as long as you tether it to a Nexus 6. A Project Fi SIM has to go into a Nexus 6.

For the time being, that eliminates a sizable chunk of interested consumers. Project Fi is relatively cheap, but the Nexus 6 is not. The latter is also a pretty girthy device to choose as your one-size-fits-all solution.

But it looks like Google is rewarding those customers who chose to take the plunge with Project Fi regardless, specifically those who didn't already have a Nexus 6. One customer has posted a series of photos to Imgur showing that, in addition to a Nexus 6 and SIM card, the box came with a pair of earbuds, a case, and a 6000mAh external battery pack. 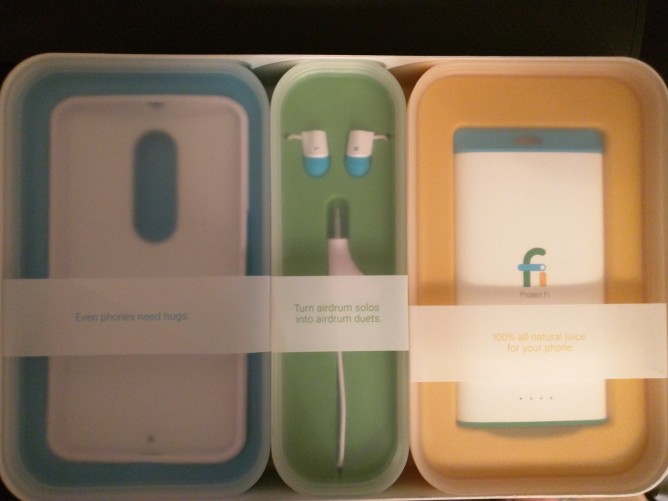 In the corresponding Reddit thread, another user reached out to Google support and heard that, yes, the company is sending out welcome kits to a number of customers, but it wouldn't say how long it would do so. Considering it will take Google a while to respond to all the invites requested, it's a coin toss whether anyone who places a request now will get lucky.