If you have a vehicle with "enhanced" or "premium" Bluetooth support, your Android phone may or may not have supported that protocol, known as rSAP, to date. If you had a Nexus handset, it definitely didn't (unless you used some kind of root rSAP profile solution), because the functionality wasn't built into the Android OS. rSAP, for the record, allows you to connect your vehicle to a mobile network over Bluetooth using your phone's SIM card to authenticate against, allowing things like in-car Wi-Fi hotspots, connectivity to in-car apps requiring mobile data, and potentially other features depending on the brand of car.

Android "M" appears to finally add support for the standard, courtesy of some screenshots a reader sent in to us. 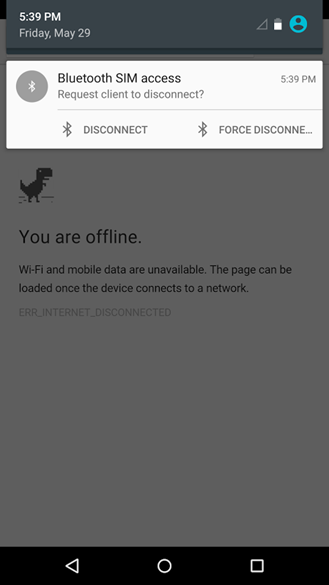 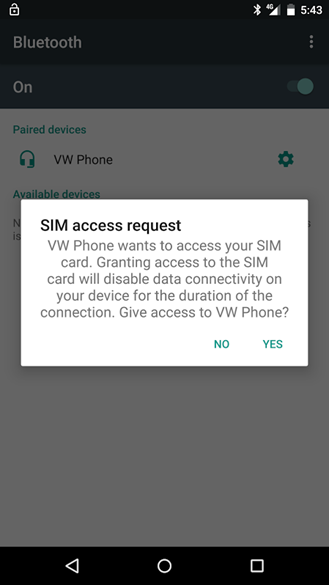 rSAP is most commonly in use in VAG brand vehicles - Volkswagen, Audi, Porsche, Bentley, SEAT, and Skoda have all shipped with it in at least some cars. A few other brands' vehicles also have or had rSAP compatibility or are able to get it via an adapter, like BMW, Citroen, Ferrari, Lancia, Mercedes-Benz, and Opel.

The lack of rSAP support was starred over 2000 times in the Android issue tracker before being marked obsolete late last year, so it appears someone either mislabeled the closure or simply spoke too soon. Android has not had a major update to vehicular Bluetooth profile connectivity since MAP support was added way back in 2013 with KitKat.

[Update: It's Official] Microsoft Buys 6Wunderkinder, The Makers Of Wunderlist