Back in March, Google announced a few changes to its Play Store listings — a content rating system and a manual approval process for apps. The latter had been in effect for a while, but the former is now showing up on the web version of the Play Store. Edit: It should also show up on Android, on the Play Store version 5.6.6.

Instead of the everyone / low maturity / medium maturity / high maturity system that was in place before, the Play Store will now use standard ratings like any content provider. These are based on regions, so the US gets the ESRB whereas Europe gets PEGI, and so on. For regions that don't have a standard system, Google uses a generic scale with ratings that get assigned after developers fill a quick survey in the dev console.

The new ratings icons are prominently displayed under the app's name, next to the developer and last release date. They are also found in the Additional Information section, under Content Rating. There, you will also see a new sub-section: Interactive Elements. Where ratings are based on what you can find inside the app, interactive elements focus on what information the app has access to, what it can do with it, and whether there's user-generated content inside it that may be outside of the control of the publisher.

This should make it easier to peg if an app is appropriate for you or the young'uns that you're in charge of.

Here's a screenshot of the new ratings in action on the Android client, thanks to Anthony Zadra. 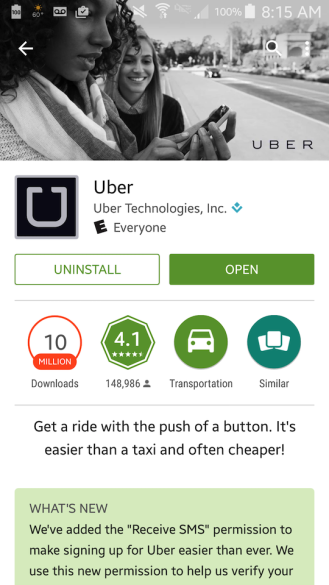 Also worth noting is a new section entitled Content Descriptors that joins the ratings and Interactive Elements. Like the name suggests, these describe what content inside the app may be potentially harmful. For example, Cartoon Network Anything has "Mild Fantasy Violence and Comic Mischief." You can see the explanation of all descriptors here.