There are features both big and small found in Android M, and most still seem to be pretty useful all around. This one is a somewhat small feature found in M, but that doesn't take away from how massively helpful it actually is - especially for those who type on their tablet often. 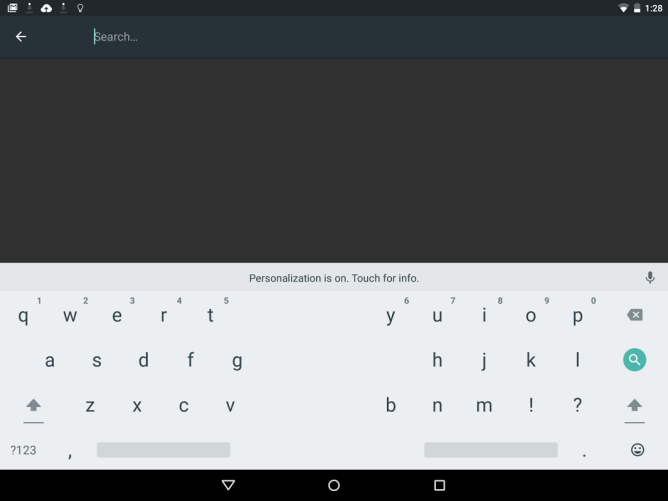 Thanks for the screenshot, Duncan Adkins.

The stock keyboard in the M build now features a split-screen mode that shifts the keys off to either side, at least when the device is in landscape mode. This instantly makes thumb typing a lot easier, and something that probably should've been included all along. Those who use third-party keyboards, like SwiftKey, for example, should immediately feel right at home on the stock offering moving forward (assuming they actually use this feature, of course).

Here's the thing, though: you won't find this option on phones. I guess Google assumes your thumbs are in fact long enough to reach all the way across the smaller screen. Apparently they've never seen me try to use a Nexus 6.