Late last year, we took an early look at a then-rumored feature that we expected to see in an upcoming build of Android: Multi-window. We've heard rumors and whatnot since then, but no physical implementation had been spotted. Now, Multi-window is a real thing, it's part of M, and you can try it today (if you're willing to mod your device a little bit). 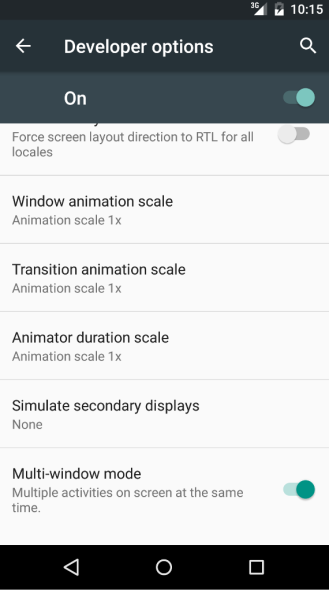 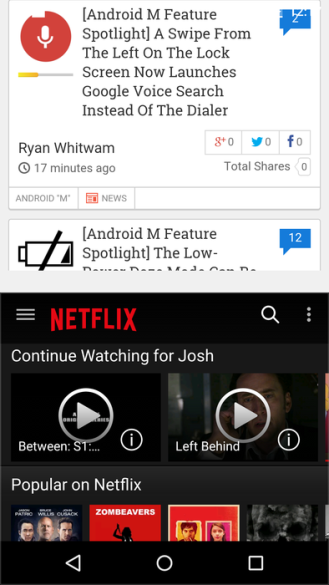 Thanks to Andrew and Josh for the screenshots

It's worth mentioning that this is still very early in its development and is quite buggy. But the idea is there - you can run two things on the screen at one time. To check it out, you basically need to install a custom recovery and do a quick edit in the build.prop file. If you're comfortable with that, then it's easy-peasy—full instructions can be found here.

Once the build.prop modification has been done, you can simply head into Developer Options and toggle Multi-window. A new icon will then show up in the recents menu, allowing you to simultaneously run two apps at once.

Here's to hoping that this is finished and ready to go by the time M is officially released.

Multi-window on a tablet

Multi-window on a phone

[Android M Feature Spotlight] You Can Now Disable Peeking, AKA Heads-Up Notifications, On A Per ...