Google Now is based on getting you data that matches your context—your location, time of day, what you've been searching for, and so on. A new feature of Google Now in Android M called "On Tap" will take that a step further by using the context of what you're doing on the phone to find answers. 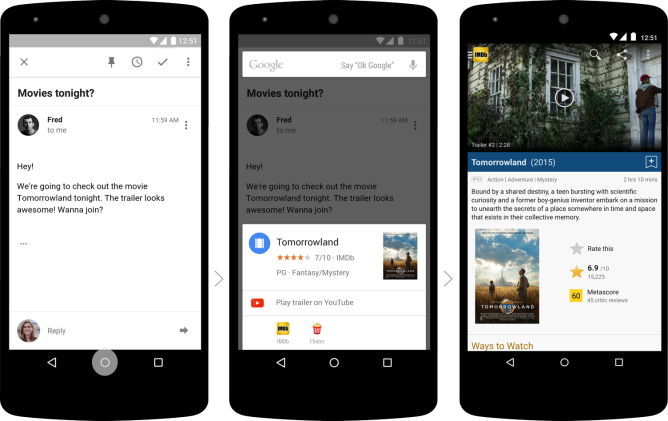 So what does that mean? Google Now on Tap can pull up information based on the content of an app. For example, while you're listening to a song, you can do a voice search that references the song like, "What year was this recorded ?" or, "What is his [artist's] real name?" On the developer side, this is called the Assist API, and it can be disabled for sensitive content. 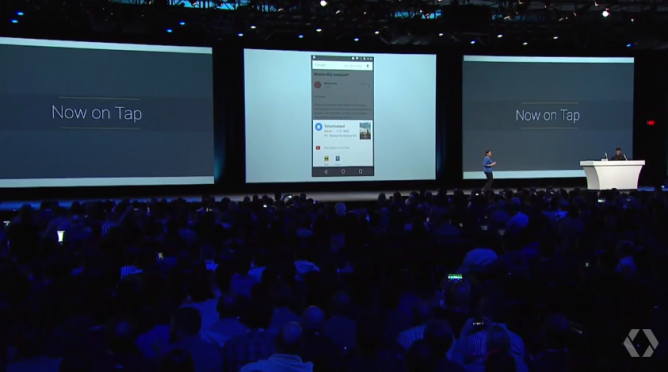 Voice searches are part of Now on Tap, but it's also accessible with a long-press on the home button. Just do that and you get a few pop-up info cards with possible web links, reminders, calendar appointments, and more. A cool example used on-stage showed an email that referenced a movie. Now on Tap was able to generate reviews and other relevant data on the film. Another demo showed a text conversation that generated On Tap cards with a restaurant review and a reminder—all based on the context of the app. 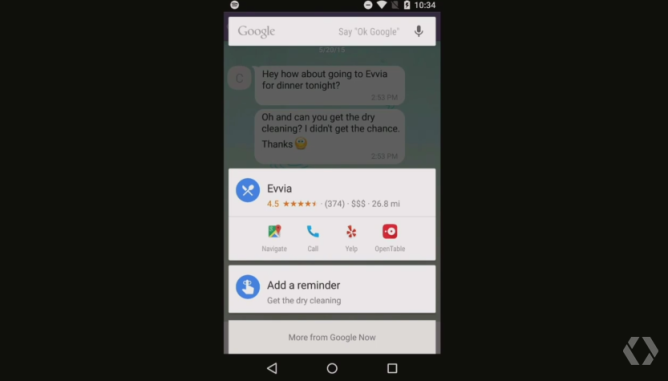 No app modifications will be needed on the developers' side, so many things on M should work with On Tap out of the box. We should learn more about Now on Tap in the coming months, but it seems mighty impressive so far.

[I/O 2015] Android Pay Is Now Official, Will Be Available For KitKat And Newer Devices