Among all the interesting tweaks to Android M, the new Google Now on Tap feature has the potential to be the most revolutionary. We won't know for sure until later, though. Google doesn't plan to make this feature fully functional until Android M is officially released. 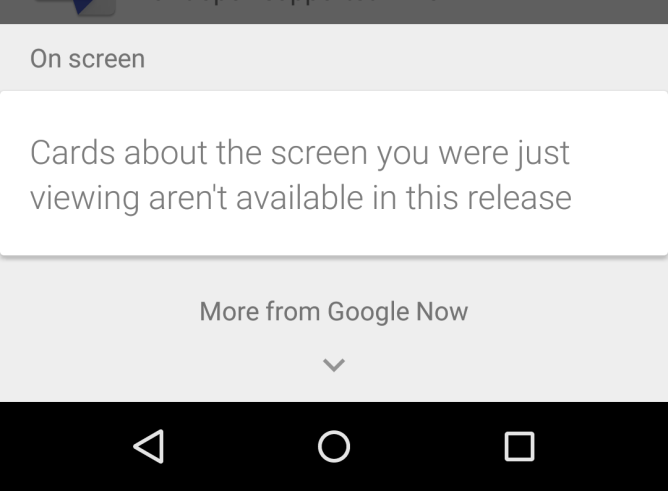 This news comes from a conversation we had with Googler Dave Burke at I/O. Currently, long-pressing the home button simply pulls up a card that says "Cards about the screen you were just viewing aren't available in this release." Burke said that the OTA updates Google plans to push to the developer preview will not enable On Tap. That's going to be reserved for the final version.

The lack of Google Now on Tap is a bummer for anyone running the preview, but it is a preview. It'll be at least a few months until we can take On Tap for a spin.