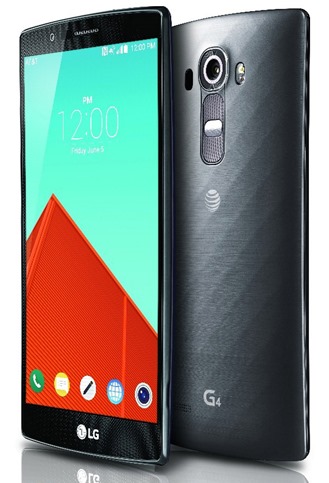 The G4 will be pricier on AT&T than on T-Mobile. The standard model with the grey plastic back will cost $199.99 on contract, $629.99 without one, or split up into payments on the carrier's various Next plans. The swanky leather version (available only in black on AT&T - T-Mo has an exclusive on the brown model, for some reason) will run you $239.99 or $669.99, respectively.

The LG G4 uses a more conventional design that recent flagships from Samsung and HTC, and some users are happy for it, since it also comes with a removable battery and MicroSD card slot. The phone's 5.5" 2560x1440 screen is impressive, as are the 16MP F/1.8 rear camera (with manual mode), Snapdragon 808 chipset, 3GB of RAM, 32GB of storage space, 3000mAh battery, and Android 5.1 software build. You can read David Ruddock's full review here.