Are you ready to watch ALL THE PIXELS? You certainly are if you've got a fancy 4K TV - the new top-of-the-line industry standard is begging for content, and Netflix is at the front of the queue. The streaming service has been offering some of its home-grown shows like House of Cards and Daredevil in 4K resolution to subscribers of a premium $12-a-month plan. Now you can access that sweet "UltraHD" video on Android TV... if you've got compatible hardware. 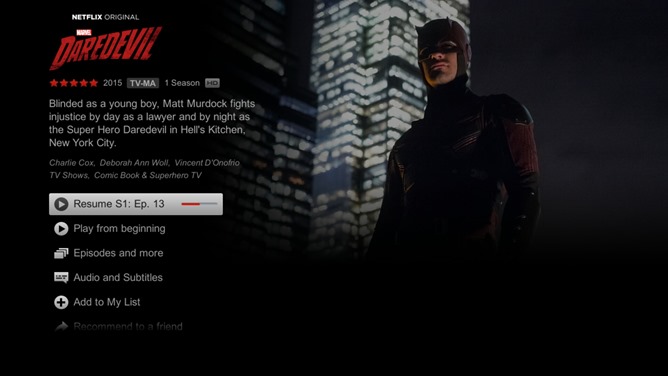 At the moment, the only Android TV devices capable of outputting in 4K aren't Android TV devices at all, they're Sony's latest batch of high-end smart TVs, which use Google's latest set-top box as an embedded operating system. The NVIDIA SHIELD set-top box, which still doesn't have an official release date but is scheduled to hit the market later in May, is the only stand-alone Android TV player capable of 4K resolution. The original ADT-1, the Nexus Player, and the Razer Forge TV are all maxed out at 1080p.

The upgraded app also supports Dolby Digital Plus pass-through, which allows compatible devices to send surround sound info through a single HDMI cable to a television, then on to a receiver. Before today this was only possible on the Nexus Player by snatching the relevant APK from a Sony TV. The new app also supports "backgrounding," which is that neat trick where Android TV keeps playing the content behind the "leanback" homescreen. Unfortunately, the update doesn't add voice search capability or indexed searching for Android TV's launcher.

Update: I am informed by the extremely annoying PR team of French ISP Free that their "Freebox mini 4K" receiver includes both Android TV and 4K output. If you live in France, subscribe to cable TV, and would like to pay 360 Euro a year for the privilege, be my guest.

The APK is signed by Netflix and upgrades your existing app. The cryptographic signature guarantees that the file is safe to install and was not tampered with in any way. 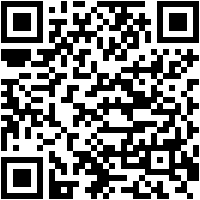 Dayframe Gets A Material Design Refresh And New Loop And Shuffle Options In Version 3.0

Microsoft Office Lens, An App For Scanning Documents With Your Camera, Is Now Available As A ...