Office Lens, which was released in a semi-private beta in April, is now widely available through the Play Store. The app had been on Windows Phone for quite a while and, continuing their pattern, Microsoft decided they wanted it on Android as well. Office Lens uses your phone or tablet's built-in camera to scan documents or whiteboards and convert them to PDF or office document formats. Here's an example of how it's supposed to work from the app info: 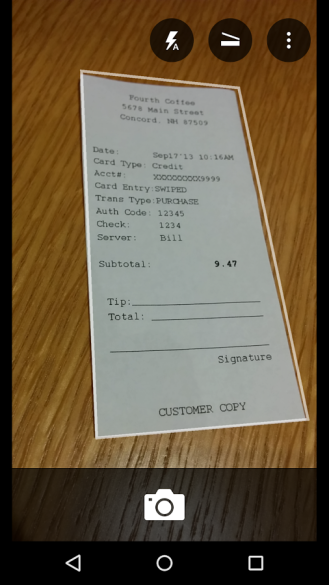 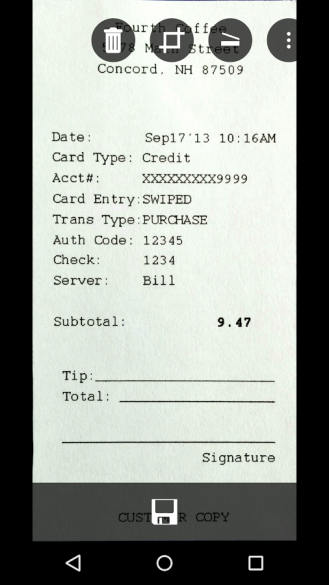 Of course, lots of things will affect how well it works in your experience. The lighting, the quality of the camera, steadiness of your hands, and untold other factors may result in far less success than Microsoft's example images.

The app enjoys tight integration with OneNote, which if you weren't aware is pretty great on its own. Office Lens says it will OCR your scanned documents, though it is unclear if this requires sharing it to OneNote or OneDrive. If you like to jot down notes on real paper but also like to store things digitally, an app like this can be critical to your workflow.

Unlike most of their recent releases, Microsoft says in their beta group that Office Lens works on devices running software as old as Jelly Bean 4.1. If you're interested, head to the Play Store and give it a spin.