Owners of Motorola's newer Android devices are probably familiar with Spotlight Stories. Those are the immersive animated shorts that are available via the built-in Spotlight Player app. Now Google has released a new Spotlight Stories app that has all three shorts from the Motorola experience, but adds a new live-action film called Help. 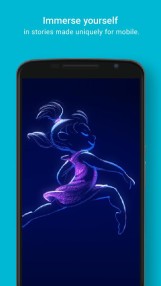 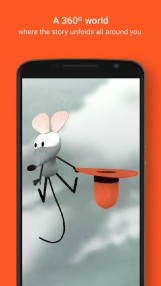 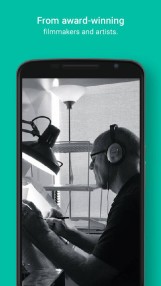 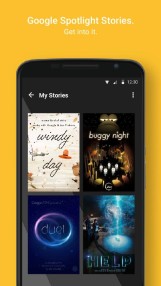 So what is Google doing releasing Spotlight Stories if it's a Motorola thing? The Spotlight stuff was part of Motorola's ATAP division, which Google kept when selling the company to Lenovo. This is also why Google still has Project Ara in-house. The third Spotlight Story was released on Motorola devices back in November 2014, and all three are free in the new app.

As for the new Story, it's almost 1GB in size and is the first live-action experience created by the Spotlight team. Help was directed by Justin Lin, who you might know from the Fast and Furious franchise, but he's also directing the upcoming Star Trek film. Just like the animated shorts, you can move the phone around and see different angles of the action. Help is still only about 5 minutes long, but you can probably watch it a few times and just point the phone at different things you might have missed before. Interestingly, this video is listed in the app as free only for a limited time. So I suppose Google wants to start selling Spotlight Stories at some point. App compatibility is hit or miss. I tested it on a Nexus 6 and all was well, but a OnePlus One simply pulled up an error message. Google says it's working on supporting more devices in the future. We've got the APK too, in case you want it.

Chevrolet Just Announced A Ton Of Its 2016 Model Year Cars Will Get Android Auto, Most At No ...

[Deal Alert] LG Watch Urbane On Sale For $299.99 From Expansys Today Only