Google doesn't usually change the prices of items in the Google Store (it charged $230 for the original G Watch almost until the end), but it has been a little more flexible lately. The Nexus Player debuted at $99, but now it's down to a much more reasonable $79. 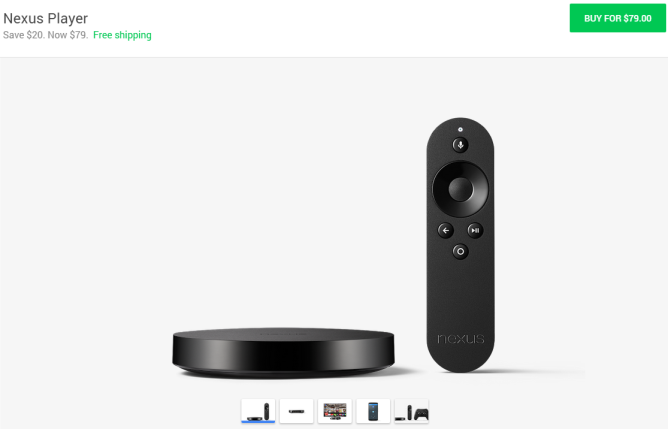 This isn't necessarily the cheapest price you'll find. While it does fluctuate a bit, Amazon often has the Nexus player for a few bucks less. With Google dropping the official price, that might push the cost down elsewhere. Note, this is the base bundle with the remote. The controller is still an extra $40.

We don't know yet if this price drop is permanent. Knowing Google, it's probably not, but it should be.