Google's current Photos app uses some image processing smarts to piece together auto-awesome compilations and Stories, but the new Photos experience pushes the limits of computer vision. Not only does it pick out and identify faces, it recognizes objects like cars and food. It's not perfect, but it's sometimes creepily accurate. 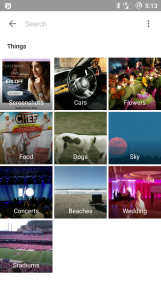 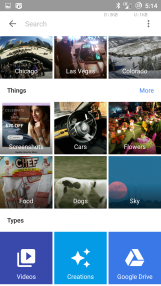 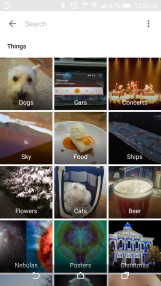 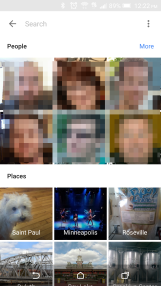 The new auto-groups are shown in the search interface, which is accessed with a floating action button in the main stream. This isn't the most intuitive location, in my opinion. At the top you get several of the faces Photos has spotted in your uploaded pics. You can tap on any of them to see more images of that person, even it they're sort of hiding in the background. Google+ has been doing the facial recognition thing for a while, so it's no surprise this part of the feature works rather well.

The "Things" section is a little more random, but also quite impressive at times. The categories you'll see here vary based on what you take pictures of. Some of the groups we've seen include, cars, skylines, dogs, flowers, stadiums, food, weddings, sky, ships, bridges, sunsets, beer, and concerts. 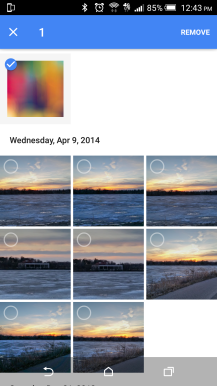 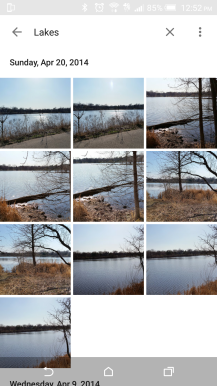 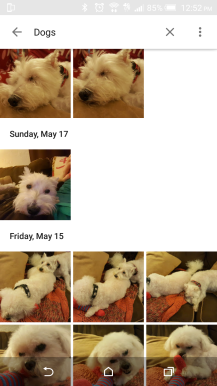 I'm particularly impressed with the accuracy of concerts, dogs, beer, and skylines. Although, sometimes Photos thinks my dogs are cats, which is only partially its fault. "Ships" apparently includes spaceships—intentional or not, I approve of this. A few other categories seem to miss more than they hit (looking at you, flowers). We are using a non-final product here, so it's possible the results will be improved over time.

It looks like you can clean up the groupings by going in and removing images with the menu option. I doubt this will improve matching going forward (probably server-side), but it lets you clear out the hilariously wrong stuff. Not long now and we'll see how this works in the final version.