We suspected it was going to be released this weekend and here it is, the Android 5.1.1 OTA is starting to roll out to some T-Mobile users. The update's approval was confirmed by the operator's product evangelist Des on Twitter and Google+ a few hours ago and it has appeared on T-Mobile's product support pages.

The OTA brings the Nexus 6 from build number LMY47M to LYZ28E, it should be around 125MB in size and have T-Mobile WiFi calling on board as well as all the bug fixes and improvements that come with Android 5.1.1. 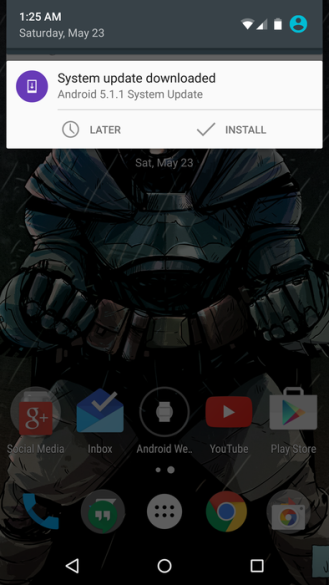 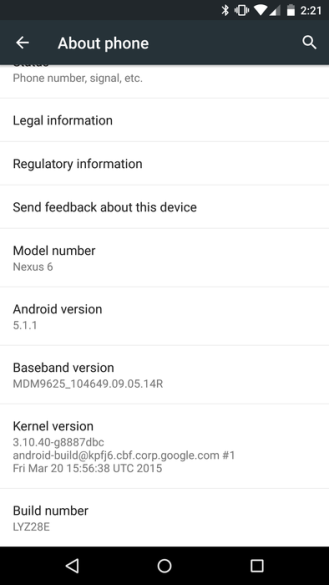 As Des mentions, the OTA won't appear for everyone just yet, it's on a staged roll-out with a few customers getting it this weekend then ramping up over the next couple of weeks. If you're impatient, factory images should be made available soon and we'll let you know once they are. In the meantime, you can repeatedly check for updates and hope you're as lucky as our tipster who got it and provided us with the screenshots.

Here's the OTA's direct URL for LMY47M -> LYZ28E if you want to download it and flash it manually on your Nexus 6. Thanks Ethan!