The service is still in beta and hasn't been officially announced. It was first mentioned by @WalkingCat on Twitter who then proceeded to leak the various apps' installation files (Windows 10, iPhone, Windows Phone, and Android). I've tried the Android app, but it keeps on failing to register for me, so I'm guessing that Microsoft tightened the ropes on this one as soon as it got out.

Others were luckier and were able to give OneClip a go on several platforms. Once you install OneClip on a device, you can pair it to others with a provided code, and from then on anything you copy on one of the devices will almost instantly appear on the other. It might be similar to what you can do with Pushbullet now, except that it's frictionless by virtue of its always-on background process nature. 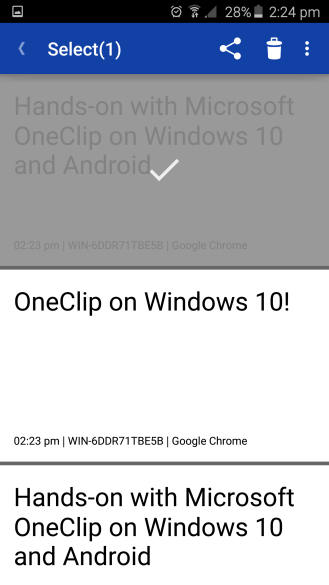 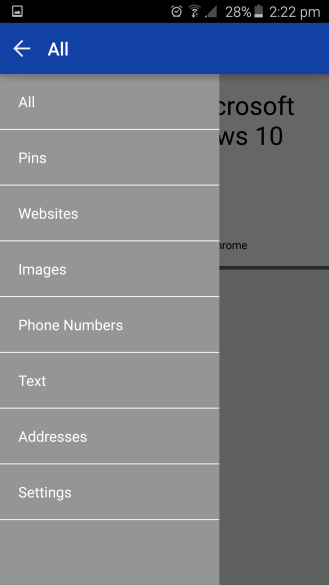 OneClip can accept text, images, phone numbers, addresses, web clips, and more. You can force a refresh on any of the devices to make the clips appear quicker, but the app seems to be fast enough to not often push you there. Deleting a clip also removes it from all devices.

It's not clear when OneClip will be officially released, but it seems that the apps are almost ready for primetime — or at least public betas. We'll be keeping an eye out for this one.