Howdy there, owners of the 2013 Motorola DROID phones. Are you patiently waiting for your Android 5.0 update? Good. That means you've already had plenty of practice, and you'll need it, because you'll be waiting at least a little longer. You may see an over-the-air update coming in sometime in the next few days, but it isn't for a new version of Android. We just thought we'd let you know so you don't get your hopes up... and then immediately crushed.

So what's in the update? Hell if we know. According to Verizon's support alerts for the DROID Ultra/Maxx and DROID Mini, software version 24.13.2 includes "bug fixes and stability improvements." That's all there is, there isn't any more. 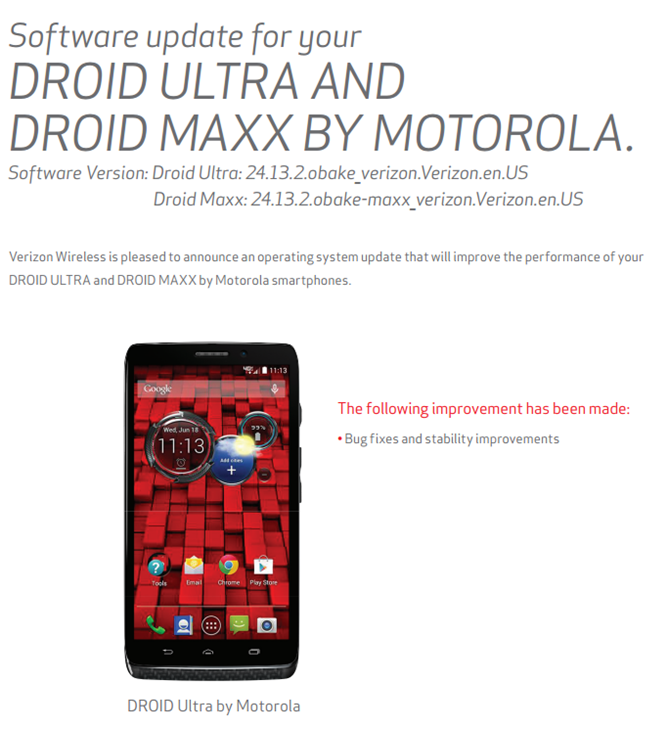 YOU ARE NOT HELPING, VERIZON

Try to find a DROID Turbo owner or two to commiserate with... but don't mention that the 2013 DROIDs have a bootloader unlock method and at least a few Lollipop custom ROMs floating around.

[Deal Alert] T-Mobile's 'Double Your Memory' Event Gets You Twice The Storage On Your New S6 Or ...