I remember the Cartoon Network of the early 2000s, back when shows like the Powerpuff Girls, Johnny Bravo, and Ed, Edd n Eddy were the latest things out. But the channel has moved on to a new generation. These days I find myself writing about cartoons I've never heard of, like Steven Universe and Mixels. The latter apparently involves tribes of colorful creatures that defend Mixel Land from destructive things called Nixels.

Now there's a new game for Android called Mixels Rush... and it involves mixing Mixels to combat Nixels (what did I even just say?).

Mixels Rush requires you to get to the right side of a level before Major Nixel's Nixelstorm catches up with you. Obstacles will pop up along the way that you destroy by mixing characters to unleash special powers. The game costs $2.99, and there are no in-app purchases. It's available in Arabic, Danish, German, English, French, Italian, Japanese, Korean, Portuguese, Russian, Spanish, and Turkish. I wonder if the alliteration is any less tongue-mangling in any of those languages. 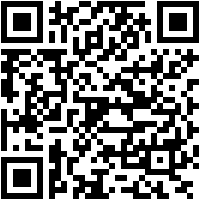 LG G Watch R Does Not Get Wi-Fi Support With Android Wear 5.1.1 Update, Will Require A Separate ...