A good way to describe Breath of Light would be "ethereal." The soft, flowing music, abstract visuals, and odd lack of any kind of verbal or numerical user interface can almost lull you into a daze, which is an odd thing to say in praise of a puzzle game. And yet in a strange way it is a praise: the combination of music and visuals give Breath of Light that hard-to-define but nonetheless positive vibe of the best "zen" games.

The objective, such as it is, is to get the ever-expanding cloud of white dots (pollen? "Light?" I've no idea) streaming out of a lotus flower into one or more of its fellows, using... uh, rocks? Magnets? The dark thingies. Anyway, you use these to re-direct the flow into the other flowers, in a sort of super-chill version of Sega's Chu Chu Rocket. Initially simple, the addition of more flowers, more rocks, and various obstacles in later stages soon requires more strategy and experimentation to advance. Technically Breath of Light falls broadly into the "physics" genre since it uses basic gravity as a game mechanic, but with no lives or timers, you won't need to stress out over any of the new tools you find as you advance. The game is $2.99 on the Play Store with no in-app purchases. 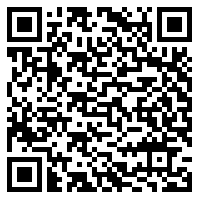