The 'Internet of Things' is a bit of a nebulous concept, but it boils down to adding smart, connected features to the objects and tools you use in everyday life. Things like wearables can loosely be put into this category, but it's usually applied to less conventional products like connected thermostats, home monitors, "smart" appliances, remote car tech, et cetera. It's a growing if somewhat unfocused segment, and according to a report on The Information, Google wants to get in on the ground floor. 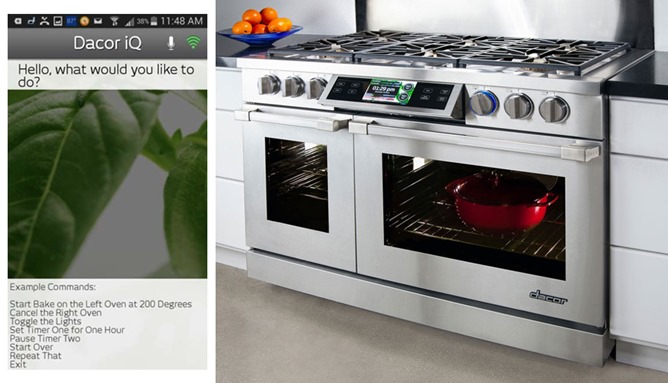 An oven with an Android-powered manager and companion app. Photo source: Engadget

The project, codenamed "Brillo," would create software specifically to power and connect this new class of device. Since most of the electronic components use relatively low-power embedded hardware, the key strategy is to make it work with as little as 32MB of memory. (Those of you who are old enough to remember PCs in the early 90s can laugh now.) Though the source claims that Brillo would be launched as part of the widening Android brand (which already covers wearables and, just lately, automotive tech), it's not clear if the software will actually be based on Android. Presumably Brillo-powered gadgets would integrate with Google's existing products on the web, mobile, and devices like the Nest thermostat.

The Information claims that Google will publicly reveal Brillo at Google I/O next week, and that seems like a pretty solid bet. We'll keep an eye out for it.

Hexy Launcher From SwiftKey Greenhouse Is A Weird Homescreen Replacement That Dumps Your Apps ...