The latest beta update for Microsoft's OneDrive cloud storage service includes two significant feature additions. The first is the presence of a watchface for your Android Wear device and the other headliner is a built-in PDF viewer, which is well overdue since competitors Google Drive and Dropbox have had the function for quite a while now. 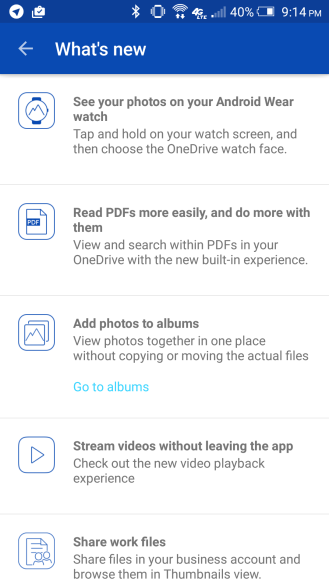 I have to say I was pretty surprised to get a notification after updating the app that told me to try out the OneDrive watchface. As you can see on the screenshot above, Microsoft says I can use it to see my photos on my watch. I enabled it and for the life of me cannot figure out how to see anything but the included stock photos as a background. 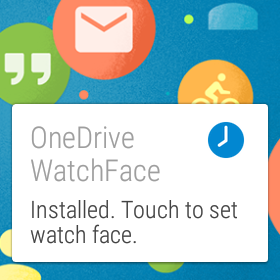 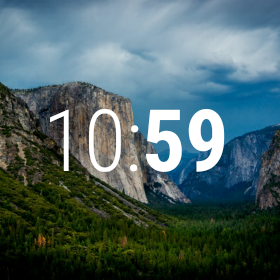 It feels a little odd to implement a watchface while you can't even launch the app from Wear. We are looking at a beta release, though, so I'll just categorize this as a kink to work out.

The other new feature is a lot more intuitive. Just open up a PDF stored in OneDrive and it works just like you'd expect. The same applies for the integrated search feature. You can browse the document in grid format, reminiscent of HTC Sense's app switcher interface. 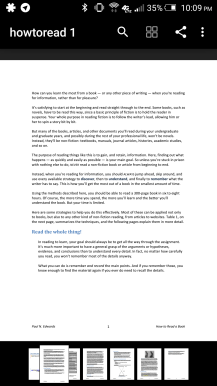 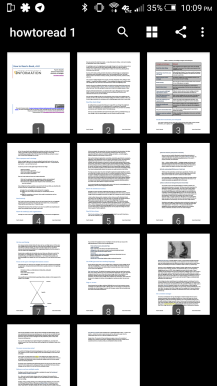 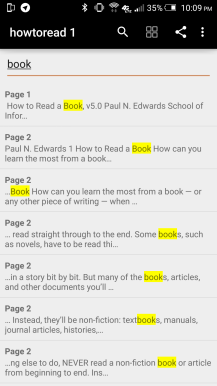 In my brief usage, the PDF viewer looked pretty much ready for primetime. The search interface is very nice.

Another quick note: according to the official OneDrive account, the claim that they added Chromecast support in a previous beta changelog was incorrect. They're still working on it, though.

To join the beta, just get into the Google+ testing community and follow the directions there.