We've been following the development of Google's Hangouts Chrome app for quite some time. The project referred to as Ultraviolet in August later launched in October as a floating chatheads-style experience. It was okay, but at the beginning of this month we caught wind of a change in the works that completely redoes the experience. That change has now gone live. 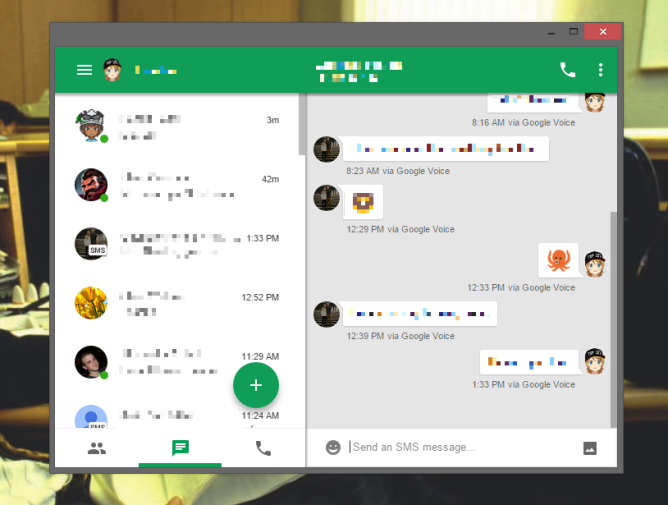 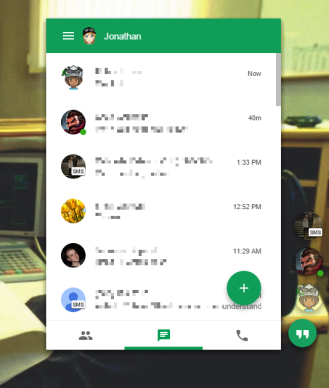 The new interface looks quite a bit like the Android app. You have one panel with contacts, messages, and calls on the left, and the active conversation thread is visible to the right. A floating action button lets you open up a new conversation.

The interface is available on Windows, Mac, Linux, and Chrome OS. The chatheads interface is still available out of the box, just with the updated contacts list. To switch over to the new look, go to settings and disable the transparent UI.