This article is part of our Android Wear 5.1 Feature Spotlights series.

Setting a timer or alarm has been one of my favorite conveniences since I started using a Wear device regularly 6 months ago. Granted, they aren't must-haves in my life, but they do come in handy occasionally, and I find myself using them on Wear more often than I would on my phone.

Google is probably well-aware these features get a comparatively high amount of use on Wear, so they've completely revamped the UIs and even added some features that make these tools even more useful. While we haven't yet highlighted the new activity launcher in our Wear 5.1 feature spotlights, you can find dedicated listings in that launcher for the timer, stopwatch, and alarm that were not present in the old "start" UI of Wear 5.0.

Let's start with the timer. Like the alarm, it has a new time picker UI that allows you to set an exact time down to the second, whereas in Wear 5.0 you only had a couple dozen choices for timer lengths. 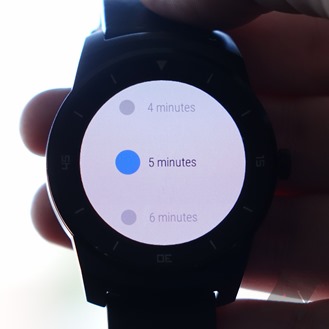 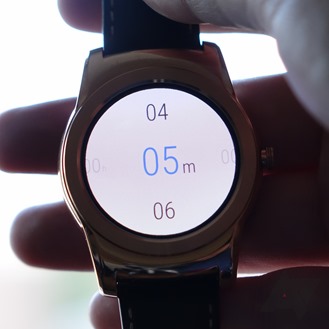 In addition, once a timer has started, things are also different. The timer now has a "full screen" mode that forces the display to stay on (full brightness, not ambient) as long as the timer is active. This is basically ripped from the stopwatch app, which has had this feature since launch as far as I know. This is very cool, and solves arguably my biggest issue with using my Wear device as a timer: having to wake it up to see exactly how much time was left. 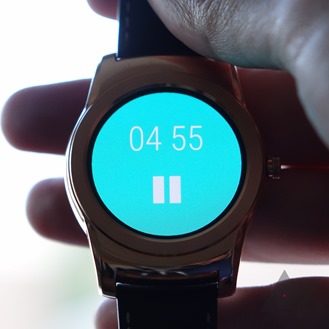 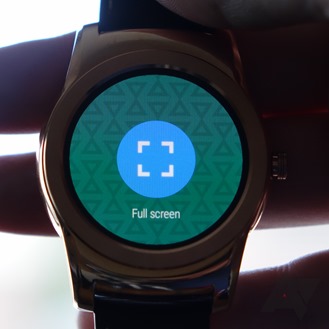 Moving on to the alarm, the same picker UI from the new timer experience is here, though that really seems to be the only change. If you want to delete an alarm on the watch, you still have to go to the old activity launcher on the third pane of the watch and hit "show alarms." I have no idea why it was left in this state, but my guess is it's incomplete - when you hit "Alarm" in the new activity launcher, you would quite rationally expect to be able to manage your existing alarms from this UI as well, and not need to use a separate one for such a simple activity. 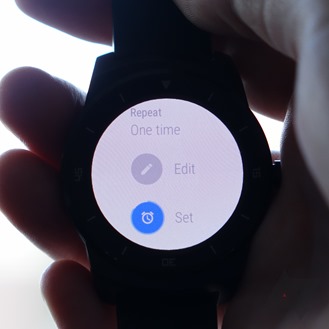 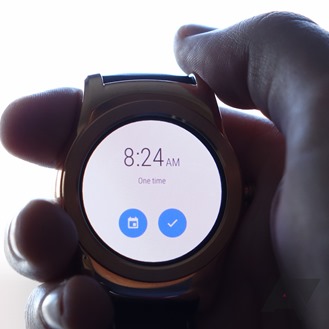 Finally, the stopwatch has seen some changes. Basically, it now looks like the timer UI in full-screen mode, because consistency. Personally, I'm not going to lie: the old version looks a hell of a lot cooler to me. But I'm not an Android Wear designer. 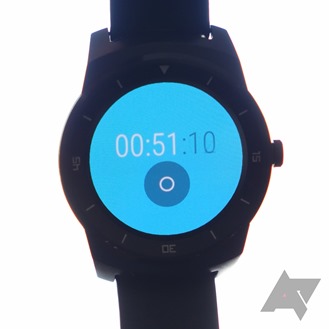 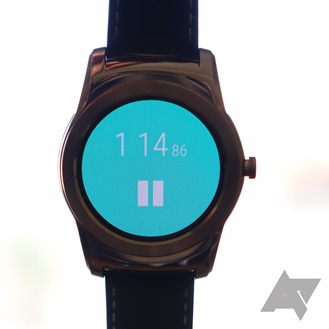 As far as features, the one thing I noticed is that Wear 5.1 now goes into ambient mode while the stopwatch is active in full-screen mode. In Wear 5.0, it just kept the display forced on until you exited the stopwatch UI entirely. In Wear 5.1, the screen goes black, and white text appears with the current readout updated every second (tenths and hundredths aren't displayed in this mode).

The reason to have an ambient mode for the stopwatch but not the timer? Simple: if you want the timer in full-screen mode, you're probably paying a lot of attention to it, so going into ambient mode is kind of annoying - it makes more sense to just minimize the timer UI into card mode if you don't want it on all the time. When you're timing yourself running or doing another activity, you're probably not looking at your time too closely, and if you are, the brief minute:second ambient readout is enough information to glance at.

AdBlock Plus Creates Its Own Android Browser Based On Firefox, Now Available In Beta