Motorola's DROID line, exclusive to Verizon in the United States, tends to get a few color variants every year. The high-end DROID Turbo, the only entry for the 2014-2015 cycle, already has several: it launched in black, red, and "ballistic nylon," and a blue version has been on sale for some time. By the end of the month shoppers will have three new options. 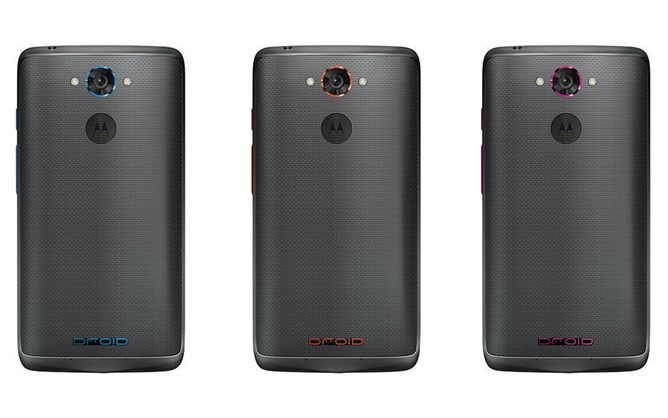 The new colors are variants of the flat black model, with the metallic parts on the speaker grille, volume rocker and power button, and camera lens ring colored in new trim. Blue, orange, and pink (violet) will be offered, with matching colors on the "DROID" badge on the back of the phone. The price should be the same as the other colors, currently $100 with a new two-year contract and a surprisingly reasonable $500 without one. The new colors are "limited edition," but there's no word on exactly how limited.

Of course, announcing new colors won't be much comfort to current DROID Turbo owners, who are are still waiting for a Lollipop upgrade seven months after the release of Android 5.0. Other flagships have been on Android 5.0 for a while, but Motorola claimed that it was going to upgrade Verizon's exclusive straight to 5.1... two months ago. If patience is a virtue, DROID Turbo owners should qualify for sainthood by now.