Google and Twitter have rekindled their relationship, and that means users can now view tweets inside the Google Search app. Messages appear among results in a carousel, similar to images. The feature is live today for people searching in English across the US on Android, iOS, or the web. Desktop compatibility is still in the works, along with support for other countries.

The two companies were friends between 2009 and 2011, when they made a deal where Twitter automatically provided its stream of data to Google. When the arrangement expired, Twitter declined the chance to renew. At the time, the social network's growth was steadily rising and it looked for ways to better market its platform. Now Twitter's growth has slowed, and the company wants to do what it can to keep tweets visible and generate more money. It's worth mentioning that Twitter has a similar deal with Microsoft and Yahoo. 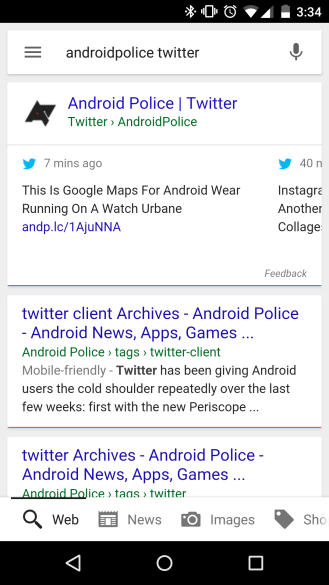 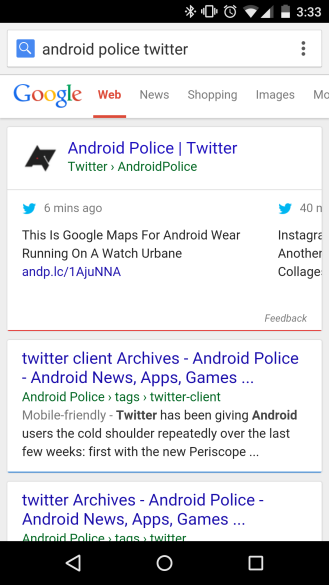 What matters for users is that you don't necessarily have to fire up the Twitter app to search for tweets any longer. OK Google can pull them up for you. And if someone out there recently tweeted something semi-relevant to whatever general thing you're searching for, there's a better chance you might come across it. Including the word "twitter" among your search terms makes it more of a sure thing.