Let's be honest, the NFL has not done a great job with its Android app. It was basically just a nice little viewer for content that was on the web, and by that I mean it was just showing the web pages in a little bit prettier interface. With a new update, though, it is much smoother and actually feels like they cared about the end product. 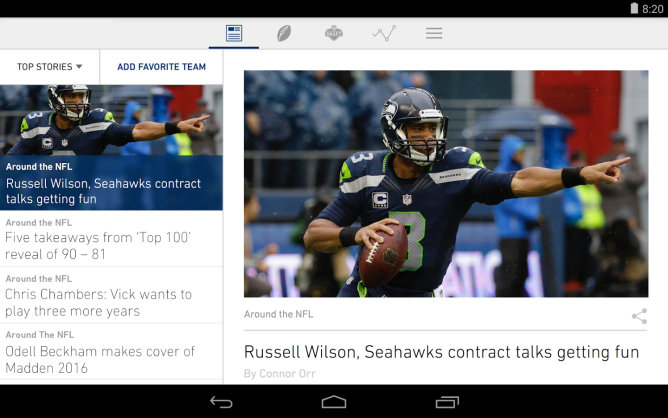 Screenshots won't really do it justice because it is all about the feel. If you already used it, you might be a little disoriented due to the movement of some controls, but you'll notice the speed right away. For comparison, here's a glimpse at the old version. And now, to help your poor eyes recover, here's a few more looks at the update. These ones are obviously in phone/portrait format. 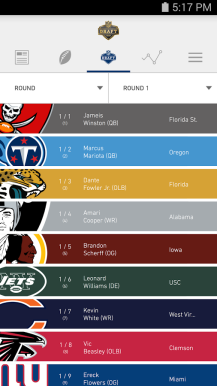 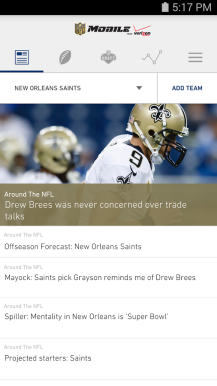 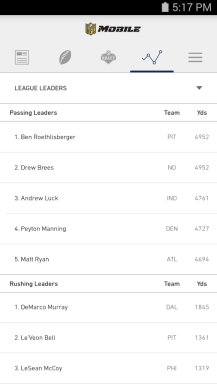 They will always get their fair share of users, but the NFL still has to compete with the offerings of ESPN, CBS Sports, Yahoo, The Score, and various others. This should help them do that, especially for big football fans that want some of the exclusive video and other content the NFL app can offer.

Asus ZenFone 2 Is Available For Pre-Order On Amazon, Auto-Notify Listings Live On Newegg And B&H Too