Sometimes, we all just need a little space. On our phones, specifically. And by space, I mean gigabytes - more of them, ideally. So, that's why Avast came out with an app called GrimeFighter: a precision tool to fend off byte-encroachment caused by apps with out of control caching.

Have your mood-matching Spotify playlists eaten a 400MB hole in your pocket? Wipe 'em out. Don't need those cached maps of Thailand for that trip you took last summer anymore? Gone. Vignetted photo upon vignetted photo in Snapseed starting to pile up? Declare war on the selfie folder.

But any old cache cleaner app can do this stuff. What makes GrimeFighter special is in the details. Advanced Cleaning mode gives you a detailed overview of how all storage on your device is being utilized, even allowing you to dive into various categories to sort files and folders by size and erase them on a per-file basis, giving you a level of control most cleaner apps aren't going to. The ability to uninstall apps directly from GrimeFighter, too, makes this one-stop shopping for device cleanup. 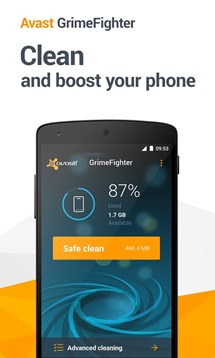 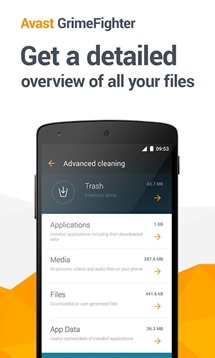 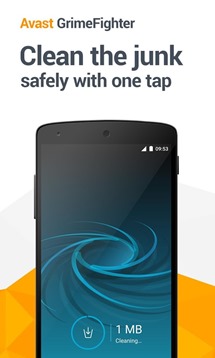 And if you're the kind of person who wants to make cache cleaning easy, nay, downright one-touchable, GrimeFighter lets you set rules to ignore individual apps during cleaning. That way, you open up the app, tap the "safe clean" button, and your important app data is kept out of the line of fire.

What about the not-cache stuff like photos, though? You probably want to keep those, so GrimeFighter makes it easy to seamlessly transfer that stuff off your phone and into the cloud via Dropbox, deleting the files once they've left your device. Sure, you could automatically back them up, but who wants every photo they take flying up to the cloud? Even if the storage isn't a concern, maybe you don't need the entirety of your trip to Fiji and the 80 pictures you took trying to get the wave crashing just right creating a bunch of visual clutter. Pick what you want to upload, delete what you don't, and then do what you will with the rest - the Transfer to Cloud feature makes it simple.

If you're not into micromanaging, no worries - GrimeFighter can be a one-touch tool if you just want to tap and go. Just open the app, hit safe clean, wait for it to finish, and you're done. Getting your space back can be pretty easy. 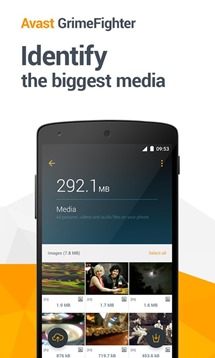 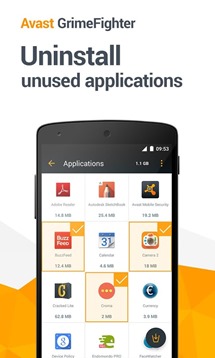 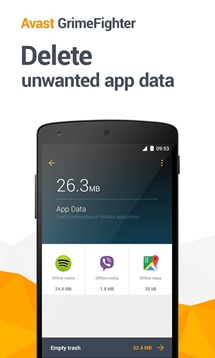 The app itself is rather nice-looking, too, and that obviously doesn't hurt. The simple interface makes navigating around GrimeFighter's various functions and features intuitive and easy, without sacrificing on the kind of granular control and tweak-ability Avast's software is known for.

And the best part? It's free. Completely, 100% free. No in-app purchases, no upgrade options, no subscriptions. You download it, it works, and you clean your phone - no money changes hands in this process. So, what you have got to lose? It is free, after all - and you can get GrimeFighter on the Play Store right now at the link below. Asus Makes The ZenFone 2 Official In North America, Ships May 19th Starting At $199