Did you know that your choice of color when buying a cell phone is indicative of your personality and character traits? No, really, it's totally based on real psychology - it's not just made up. Well, let me be more precise: I'm not just making it up. "World-renowned British Psychologist Dr. Donna Dawson" might just be having a go at you when she describes the exclusive new colors for the Galaxy S6 and Galaxy S6 Edge. These are quotes from an actual Samsung blog post, and not, I assure you, adaptations from a nineteenth century horoscope.

People who opt for Samsung’s Blue Topaz Galaxy S6 are likely to be more self-confident, fastidious, discriminating, sensitive, exacting, and intuitive... The ‘brightness’ of the color tends to attract more people who are both self-assured and know what they like.

You hear that, folks? If you're self-confident and know what you like, you'd better buy the Blue Topaz Galaxy S6, now available in at least some international markets. Because Samsung and Doctor Donna told you so. 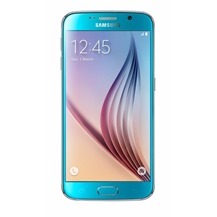 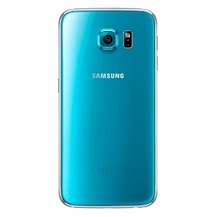 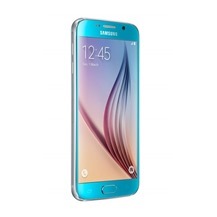 But what if you're a hard-working good citizen, and also you have a connection to the Earth, the cycles of nature, and probably pandas and dolphins and stuff? Then the Green Emerald Galaxy S6 Edge is for you, says the good Doctor.

People who choose Green as their preferred color will tend to be balanced, loyal, hard-working, honest, benevolent and concerned for others... They may aspire to be good citizens with a highly-developed moral sense and a desire for simplicity. ‘Green’ also represents new life and new beginnings, and often inspires ‘hope’ and renewed vitality and energy in people, conveying friendliness and a connection to others. Green also has been shown to decrease the feeling of restlessness – this is why, when people are stressed, they often crave sanctuary in more natural surroundings. The Green Emerald shade of the Galaxy S6 edge deepens the general attraction of all things green through its depth and brightness.

Really. Apparently the personal qualities expressed in your choice of electronics color are mutually exclusive, just like the colors themselves. So if you choose a more expensive Galaxy S6 Edge (which doesn't come in Blue Topaz) you're a sniveling wuss who wouldn't know self-assuredness if it flipped you off from its Beamer. And if you choose the more practical Galaxy S6 (which doesn't come in Green Emerald) you're basically a Captain Planet villain who burns tires on Earth Day. 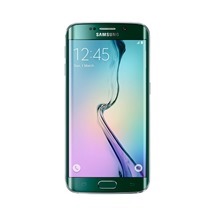 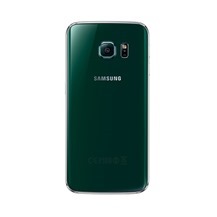 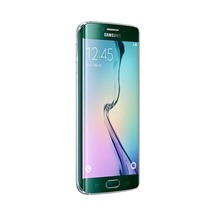 Both new colors come in 32GB, 64GB, and 128GB capacities, though Samsung adds that "launch date and models may vary by region and channels." That probably means that it will be a while before American carriers get these phones with their customized badges and software, if they do at all.

Before I get flamed in the comments, yes, color psychology is a real thing with real and measurable effects. The ability to predict personality traits or behavior based on cell phone color choice is not.