YouTube updates have been rolling out about every week or two for the last couple of months. Most of the changes haven't been very big, but they're polishing up little aspects of the app in notable ways. The latest version bump doesn't bring significant modifications, either, but it's continuing the trend of small but visible changes. A permanent Cast button has been placed in the action bar and there are updated icons in the privacy selector for uploads. A quick teardown also reveals that we might finally be able to choose to download just the audio track for offline playback, which should make it much easier to store music for the road. 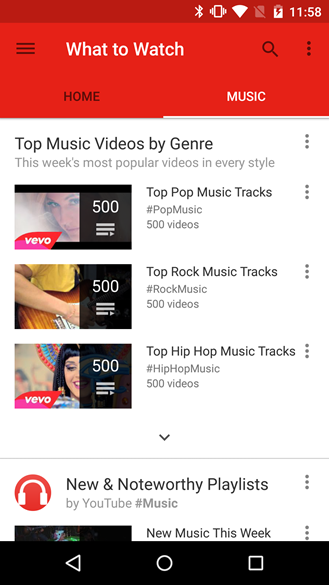 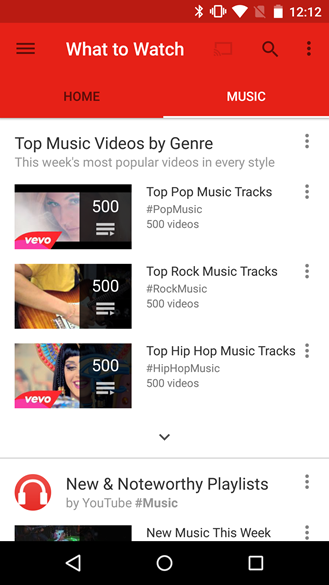 The first change should stand out almost immediately after starting up YouTube. A Cast button has been permanently affixed to the action bar, even if there's not a Chromecast or Android TV around. It's present in almost every screen of the app, except for Settings and the video upload workflow. If there's no Cast target available, the icon will simply remain grayed out and doesn't respond to taps.

It's not clear if this is a bug or if the icon was intentionally made permanent. Perhaps Google wanted to avoid the experience of having the Cast button pop into existence a second or two after YouTube launched, or maybe this is just a branding decision to remind people that they should use their Chromecast more often. Whatever the case may be, I imagine many users without a Cast receiver of some kind are going to see the new icon as an obnoxious waste of pixels that takes up space that should belong to titles. 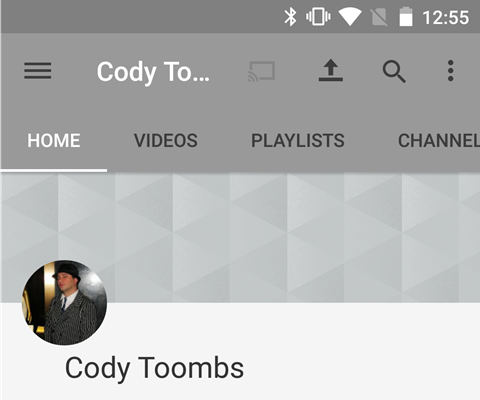 I hate to be the person that calls out design issues, but I think this might be getting a little over the top. Here's the Uploads screen, with 4 buttons stacked in the action bar. 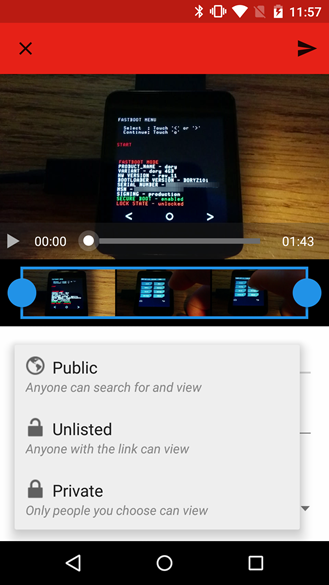 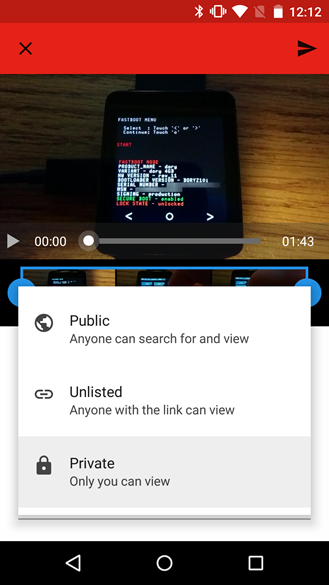 If you're adding any content to YouTube through the Android app, you're going to see a slightly cleaned up privacy picker. The icons representing Public, Unlisted, and Private have been replaced with sharper looking and more communicative versions. The pop-up box has also been made a little larger for easier tapping, and the background color has also been turned from gray to white to up the visibility a bit.

It looks like YouTube is about to add a new option to the Quality selector for storing content offline. There's a new string that suggests we'll have the option to grab just the audio track from a video, and leave the visual component behind. The name for the string matches the naming pattern for the current offline selectors, and the feature makes perfect sense, so there's not much guesswork here. The only question is how long we have to wait before this feature goes live.

This has been a pretty heavily requested feature, since music videos needlessly take up a lot of space when many people only want the audio to play back with the screen turned off. No doubt, this will make a lot of Music Key subscribers very happy.

For reference, these are the current options as seen in the Settings screen or while making a request to add a video to offline storage. 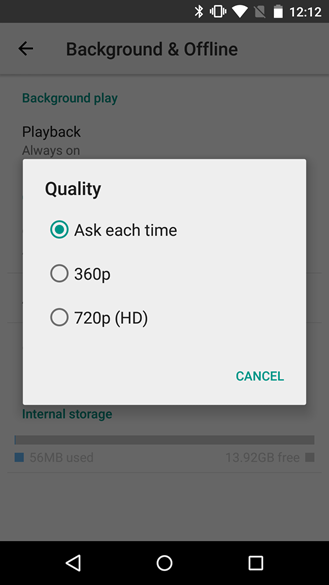 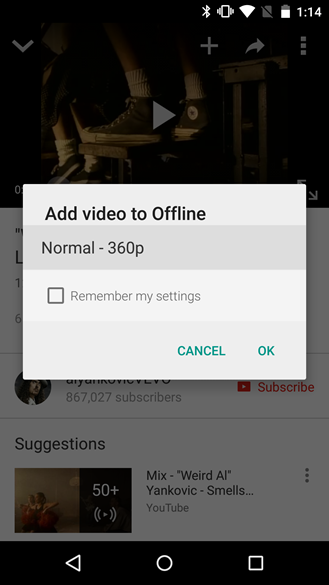