Up until today, the only Wear watch with Android 5.1 was LG's newly released Watch Urbane. But if you have an older device, your impatient wait and envy over those lucky Urbane owners might be almost over. According to user Verdes8891 on Reddit, his Asus ZenWatch has just received the new software OTA, bumping it up to Android 5.1.1. 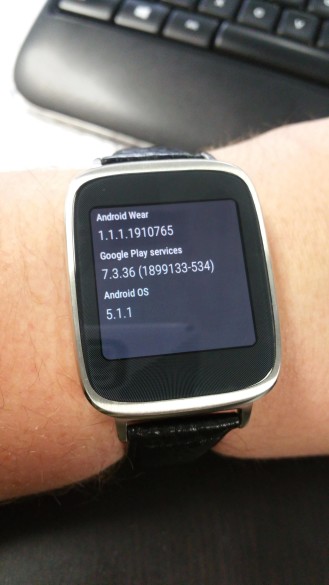 While this update from 5.0.2 might sound small on paper, it is arguably one of the most significant ones in Wear's history. It adds WiFi support (for compatible devices, ie not the ZenWatch ironically) and enables always-on apps, includes font size options, lets you dismiss individual cards from a stack, tells you when you install a new app, and bundles in a new menu for accessing apps and calls, a scrolling gesture, and a lockscreen. So there's a lot to be excited about and enough reasons to start trying (likely in vain) to force the update by manually checking for it. It'll happen when it happens, guys. The same goes for other watches.