I'm a vegetarian. Okay, pescetarian. Since I do occasionally eat fish, I'm aware that some animals have to die to sustain my current diet. But I did not know that was also the case when I put tofu in my stir fry. Fortunately, Adult Swim Games has opened my eyes. In Tofu Hunter, I learned that even when I'm not eating meat, that doesn't mean some poor creature wasn't gunned down to put food on my plate.

Tofu Hunter is what used to be known as a light gun game. Old timers will recognize the formula from Duck Hunt or Time Crisis. Kids these days might think of Overkill. You control a reticle, not a character, and you shoot at whatever moves. Use your left thumb to aim and your right to fire.

Take a guess at what you shoot at in Tofu Hunter. Yup, tofu. And no, you're not taking easy shots at blocks lying helplessly on a Whole Foods counter. You're going after tofu in its native habit, and you're gunning it down, antlers and all. 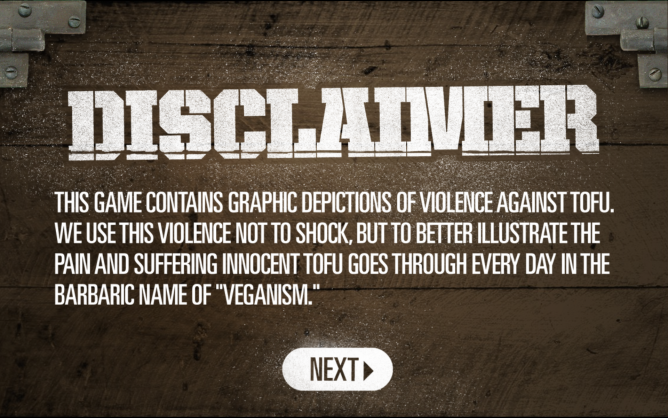 I'm not vegan, but message received.

The game is free to play, but there are micro transactions to look out for, and you're going to have to watch a couple of ads to replenish energy without spending money. In a title that does its best to be shocking, I found this the most offensive part. Hunting doesn't bother me. I come from rural America, where going after deer is somewhat of a regional sport. Concern for animals has little to do with why I prefer vegetarian cuisine, so Adult Swim's game, while enlightening, hasn't done much to put me off tofu. Like many folks, I'm just not going to be the one to pull the trigger. I'll leave that to you. There's a link below. 'OK, Google' Everywhere Is Broken On The Galaxy S6 And S6 Edge, And Nobody Seems To Know Why

Garmin Killed Its Paid Viago Navigation App A Whole 8 Months After It Was Released, Didn't ...