Google just rolled out an update to Play Music, but not for the app. This time it's the web interface that is getting a fresh coat of paint—an interesting shade of Android app. Yes, the web interface looks almost exactly like the app now.

The default UI has the slide-out navigation menu collapsed, but if you open it up you've got Listen Now, My Library, and all the other items you'd expect. The interface is laid out in cards like the app, which might not be the optimal way to manage your tunes on a PC. One notable improvement is that the column width adapts to your window size now. 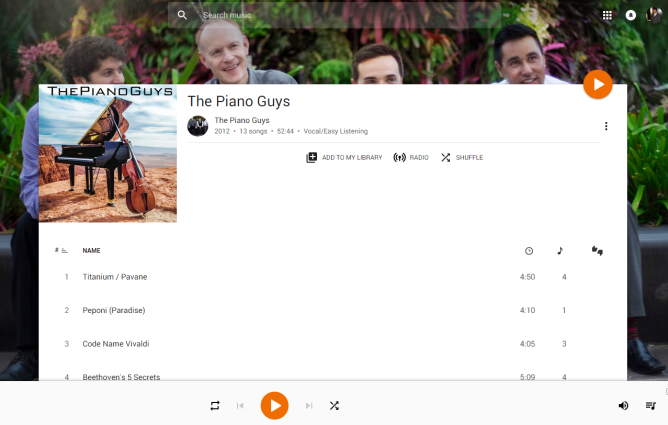 Play Music for Android is probably one of the more divisive Google apps. Some people tolerate it and others hate it. Still, it's the only game in town if you want streaming access to your music in Google's cloud. The same is true if you want to listen on your computer with the new web interface.