At this point in my life, I never actually know where I am at any given moment. I simply trust Google Maps to tell me, and to get me home with its turn-by-turn driving directions. This kind of incredibly reckless lifestyle requires a decent car dock (like this one) and preferably a homescreen that's easy to use without taking your focus off the road. HTC includes just such an app on its One series phones, and now it's available in the Play Store. 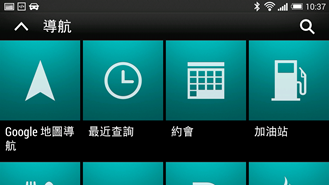 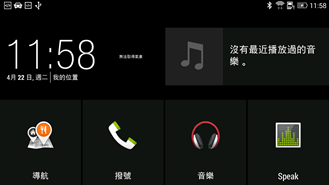 HTC Car activates when you slide your phone into your first-party dock, or simply by tapping the app shortcut from your primary home screen (because those docks are expensive). Like many similar apps, it includes big, finger-friendly shortcuts to common apps used in the car, like navigation, the dialer, and the music player, as well as a few simple widgets. The app also packs the fairly standard feature of reading incoming text messages and caller info read aloud using text-to-speech. The Play Store screenshots are in Chinese (HTC is a Taiwanese company), but reviews indicate that it's working just fine on devices set to other languages.

HTC uploaded the app to the Play Store so that any critical changes wouldn't have to wait for a firmware update to your phone, which is nice, since the company doesn't seem to consider them a priority. As expected, the app is only compatible with HTC-branded hardware.

By the way, you can grab the APK for HTC Car from APKMirror. It's working fine on my Nexus 6, so it should do as a standard car dock app for most phones. Nice. 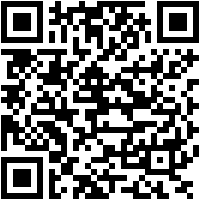 [Deal Alert] Soundfreaq Sound Kick Half Off On StackSocial - Only $50