Version 2.12.87 fixes some of the last remnants of Holo in WhatsApp, materializing the calling interface, changing the default wallpaper to a nicer one, cleaning up the search bar UI, and removing those pesky Gingerbread icons that were forgotten under the More menu in a chat's overflow options. Let's go through them one by one.

The most visible change affects calls. Instead of the pronounced bright green and red, we see WhatsApp's new signature dark green (teal?) as a background and a more tame shade of red for hanging up. The focus is placed on the caller's name thanks to larger fonts and the removal of the vivid green "WhatsApp Call" bar. Smaller and more minimalistic icons complete the redesign. The change also affects the interface for call reception, with the same color and font enhancements. 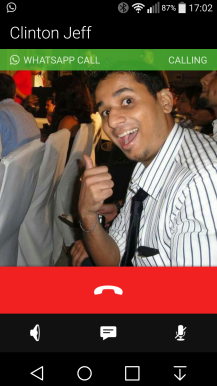 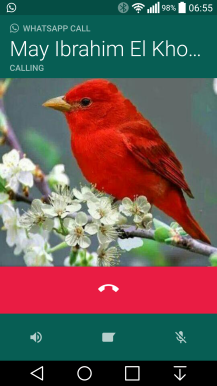 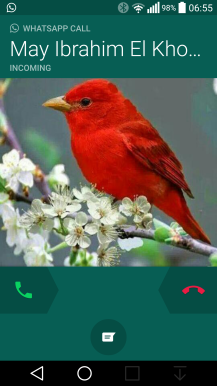 Next up is the new default wallpaper. The old one, with its dark beige tones, didn't sit quite well with the rest of the app's redesign, so this new iteration gets a calmer color as well as more dense and subtle outlined drawings. Don't worry, the Android is still there. 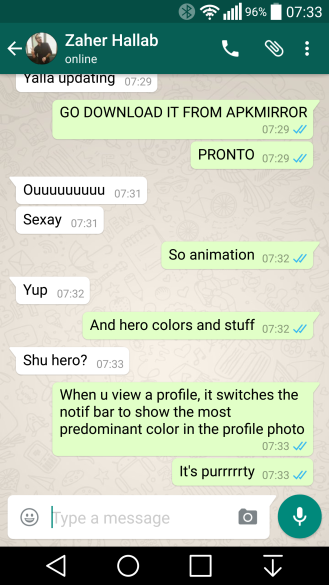 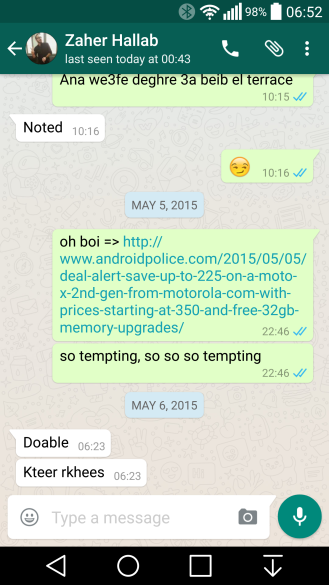 Those out-of-place icons from another era that were still lurking in the previous version of WhatsApp have now finally disappeared. The Material Police approves. 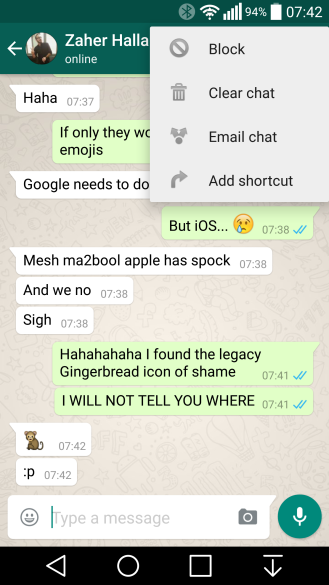 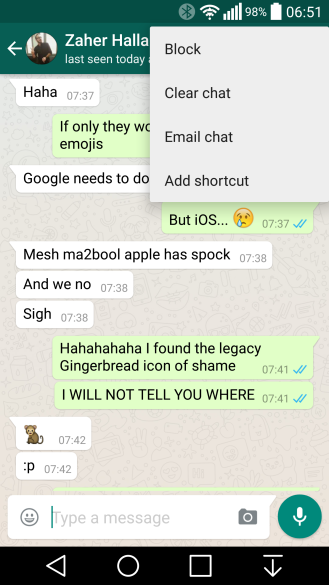 There are other subtle changes as well. When looking for a particular contact, you no longer see a white line under the text field and the search icon is gone, replaced by a semi-transparent "Search..." Start typing and the second underline doesn't make an appearance anymore. All in all, it looks more refined. 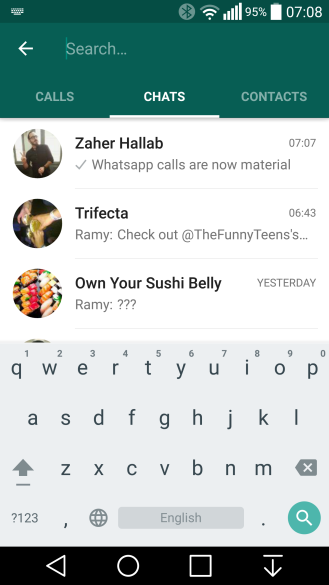 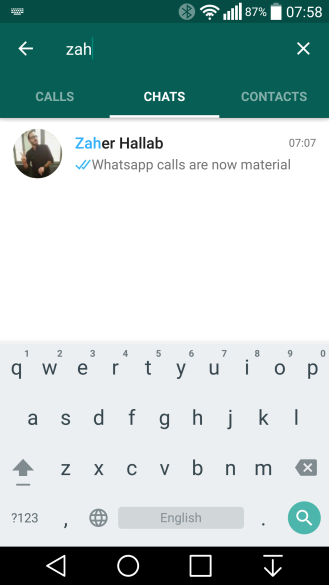 When chatting away with someone, the "Last Seen" status used to line wrap if it was longer than the available space, pushing the contact's name higher. That no longer happens. The sentence's first characters get truncated, enough to leave the exact date and time visible and static on one line.

And finally, WhatsApp can now display iOS's new diverse emojis with different skin tones instead of the bright yellow ones. You can't send them from your phone, but if your friends use them, you will see the right ones that were sent to you.

Change approved, WhatsApp team. Now if you could bring back that Google Drive backup option that you unceremoniously removed, and make it simpler to use, we'd be set. Until I/O that is. Then we'll want you to implement allthethings that Google will announce. Satisfying an avid Android user is an impossible endeavor, by definition.

Samsung Gear Live No Longer Available On The Google Store