There have been a few Kickstarter and Indiegogo campaigns lately that are pushing the idea of a modular phone similar to Google's Project Ara. These are devices designed by small teams of people without the engineering resources of Google, and if you'll forgive my pessimism, they sound like nonsense. Nexpaq is a somewhat more modest take on the modular phone. The modules plug into the Nexpaq case and you simply drop in your existing phone.

There are twelve different modules right now including an extended battery, LED flashlight, amplified speaker, SD card reader, breathalyzer, 64GB storage expansion, and more. The back of the case has six slots, but some of the modules take up more than one. Whatever array of add-ons you choose, they will be accessible from the Nexpaq app. The case itself also has a 1000mAh battery built-in.

When you're building a phone that runs on modular hardware, there's a lot of very complex software optimization to be done, and that's only after you've perfected the hardware. This is a serious undertaking for Google, so the odds that a small team on Indiegogo can manage the same thing are slim. A case with add-on modules is less crazy. We're really just talking about USB peripherals. The Nexpaq team apparently has working prototypes, so the early 2016 timeline doesn't seem outrageous either. 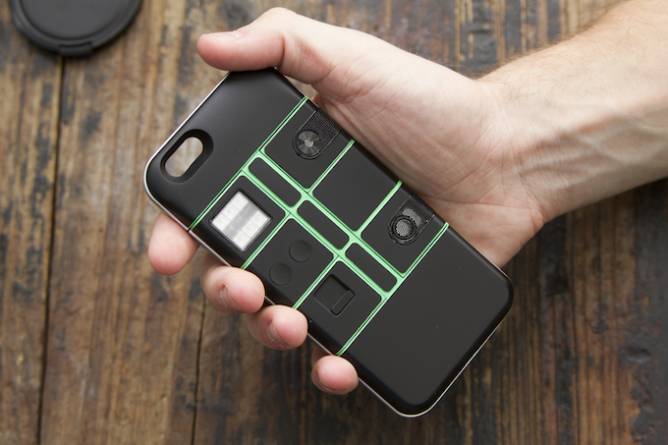 The Nexpaq is currently being designed to work with the Galaxy S5, Galaxy S6 Edge, and iPhone 6/6 Plus. Why no regular Galaxy S6? Your guess is as good as mine. The minimum you have to pledge to get a case is $109 and it comes with 4 modules. All the early bird deals are long gone. Nexpaq was seeking $50,000 and is already over $160,000, so I suppose we'll find out next year if a modular phone case works.