The Nexus 6 is a massive phone. It's also an expensive one. At $650 for the 32GB model, it costs more than getting two or three Nexus 5s off eBay. But T-Mobile is making things easier for folks enamored with Google's current smartphone by dropping the price down $100. Today you can buy the phone outright for $550 ($549 and 84 cents to be precise). 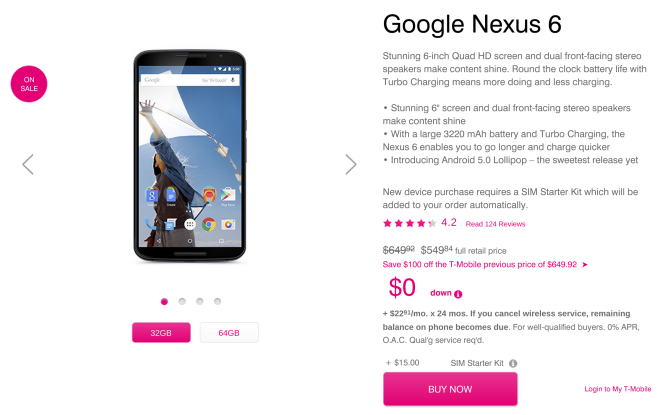 Even if you don't want T-Mobile's service, here's your chance to get a Nexus 6 for $100 less than Google's asking price (and $80 less than Amazon's). It should still work on whichever carrier's network you prefer.

The YotaPhone 2 Gets A White Version, A Price Drop, And A Lollipop Update With Improvements To ...