Space: it's really really big, and also pretty empty, and bored humans like to tell stories about all the weird things that might fill it up. So it is that Star Trek, among other things, was born. But the first official Star Trek game released for Android isn't all that interested in seeking out new life or new civilizations - it's harkening back to an 8-bit past that does not in fact exist for the storied franchise, and trying to suck as much gold-pressed latinum out of you as possible while it does so. The eternal humanist Roddenberry might not approve, but it's probably right up Quark's alley. 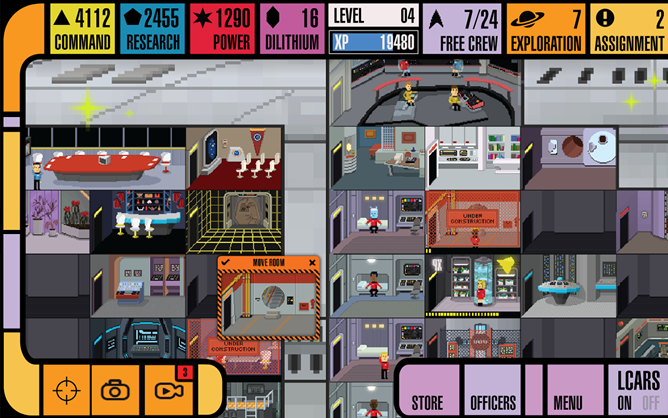 Star Trek Trexels is (for lack of a better comparison) remarkably similar to Star Command, that Kickstarter game that had one major release before the developers decided to bugger off to the land of PC. It's got the same focus on room-by-room ship customization, the same character selection and progression, and the same retro art style. The only real differences are 1) this one is official, complete with "real" Star Trek ships, music, the LCARS interface, and narration from the one and only George Takei, 2) this one actually has updates, or at least the iOS version released a year and a half ago has been updated, and 3) it uses the rather predictable freemium model and a bunch of other free-to-play mobile tropes. You'll be spending a hell of a lot of time waiting on construction and exploration bars to load up unless you want to spend real money to make them go away.

It doesn't help that the game seems to be noticeably incomplete, lacking the Next Generation features already available on the iOS version. (The identical screenshots on the Play Store feature TNG characters, and even the app icon shows the Enterprise D, but the description says they're coming in the next update.) The fact that the game keeps crashing on my Nexus 6 doesn't make this die-hard Trekkie any better disposed towards it. All in all, I'd recommend avoiding this one like the Rigelian fever and going back to Star Command instead. It might be lackluster and abandoned, but at least it won't try to beggar you on your second mission.

But Trexels could be worse. At least it's not set in the Abrams-verse. 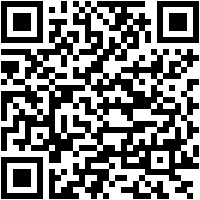 Some Galaxy S6 Owners Are Being Plagued By A Samsung Popup That Reappears Every Few Minutes ...