Just like on mobile, Android TV users turn to the Play Store to install new apps. An update has rolled out that bumps the software up to version 5.4.12. The most immediate difference is a tweaked look, as the interface now sports larger titles. On the functionality front, there's now an Update All button. Presumably it bumps all of your apps up to the latest versions, just as the Play Store does on smartphones and tablets. 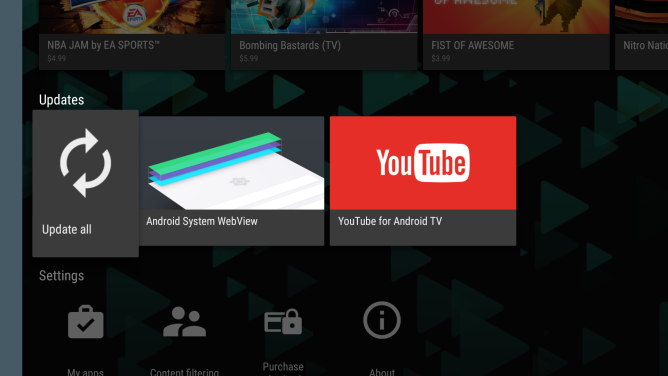 The amount of content hasn't gone up, which remains Android TV's greatest issue. The number of action games, for example, remains at a lowly 35.

But that's not the latest version's fault. If you don't already have the update, you can download it below.

Verizon Buys AOL For $4.4 Billion, Gets An Abundance Of Sites And A Growing Ad Business