At long last, Nintendo is loosening the reins on its intellectual property and developing games for devices that don't bear the company brand. Yesterday in the yearly financial results briefing, the video game giant outlined plans for bringing five games to mobile platforms by March of 2017, with the first title available by the end of this year.

This is great news for fans of Nintendo's many storied game franchises, and the news gets even better. Rather than making a hasty port of existing titles that may not be well adapted to touchscreen controls, the company plans on building the new games from the ground up to ensure that every title is a hit. The Japanese company has shown in the past that they would rather take their time to get something right than release a poor product to make a quick buck. So, while Nintendo plans to release just five games over the next two years, the quality of each new one should hopefully make up for the lack of quantity. 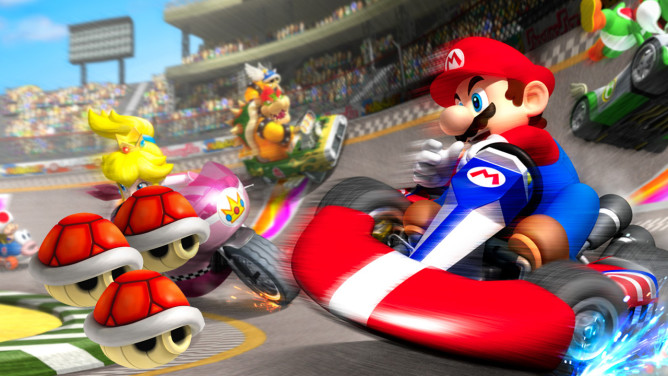 While the news of Nintendo's entrance to the mobile arena is exciting, there are still a lot of unknowns. The biggest question looming for Android users is if these titles will be released on Android and iOS simultaneously. One would hope that the days of Apple first releases are a thing of the past, but until we know more I'm not going to hold my breath (I don't even want to consider that the games may never be released on Android). There is also no word yet on which characters will be featured in the new games, but I would expect Nintendo's first games for Android to star some of their most recognizable characters such as Mario, Link, and Donkey Kong.

No mention of pricing for the new mobile games was made in the briefing, but with the amount of effort going into their creation I can only imagine two different pricing scenarios. They will either be priced about the same as Nintendo DS titles (read: rather expensive for mobile games) or they will be free to play but laden with mounds of IAPs to unlock new levels, characters, or other content. Unfortunately for those of you who hate IAPs, Nintendo's publishing partner is DeNA, and they are very firmly entrenched in the free to play camp.

Frankly, right now I could care less about how I pay for the games. I'm just super excited by the prospect of playing a version of Super Smash Brothers or Mario Kart on my phone during my lunch break at work. Come on Nintendo – Let's a Go!

Pre-Registration Is Now Live For Apps On The Play Store, Starting With Terminator Genisys: ...