You don't need an introduction to Fruit Ninja. You're probably playing it right now. It has attracted millions of players over the years, partly because swiping to cut things on a touchscreen is as intuitive as pressing A to jump.

So developer Halfbrick Studios has taken the same concept and adapted it for small people who are learning math for the first time. You don't just cut bananas, you cut the right amount of them. It's not enough to split a watermelon in half. You want to slice the one showing the correct answer.

Math problems at the top of the screen will inform you which way to swing your finger sword. In addition to addition and subtraction, youngsters will multiply, practice number sequences, and learn their shapes.

Since the game targets kids, Halfbrick Studios has actually made it child-friendly. There are no in-app purchases for parents to worry about, nor are there any ads. Just hand over $5 and the game is yours. That sounds like easy math to me. 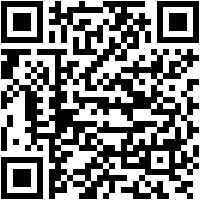