In just 3 weeks, we expect Google to officially announce a new subscription option that will allow users to enjoy YouTube completely ad-free. In the lead-up to this, both the web service and its Android apps have received a swarm of updates and features. In just the last month, there has been a revised web player, search for 360-degree videos, and some improvements to YouTube Kids (with more to come). There has even been a pretty severe service interruption for Music Key subscribers, most likely as a result of upgrades to the software. With so much happening, it comes as no surprise that the YouTube Creator Studio app also received an update. The new version finally brings a Material redesign and adds traffic sources to the Analytics screen. 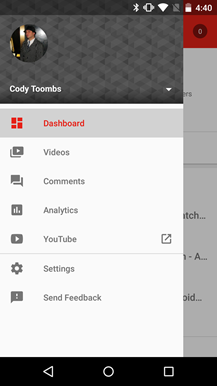 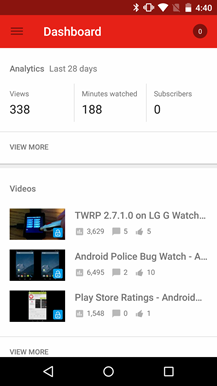 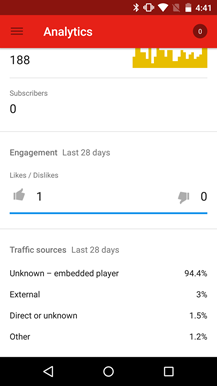 The changes in this update are almost entirely cosmetic, but most of the popular points have been hit. The hamburger button now conforms to the latest guidelines, the navigation drawer slides behind the status bar, and all of the icons and text have gone though a makeover.

The one notable new feature can be found at the bottom of the Analytics screen. The top traffic sources for viewers are now included along with their percentages.

The changes aren't that big, but Google probably wanted to clear the cobwebs of Holo before bringing fresh attention to YouTube's apps. Everything should look good for the big day.

[US Only Promotion] Samsung Giving Away Set Of 4 Limited Edition Marvel's Avengers Cases With ...