It has been a long wait for the Lollipop update for the Dell Venue 8 7840. Dell has missed several deadlines to get Lollipop rolled out to this device, but now it's here. Android 5.0.2 is available for download from the update menu right now. 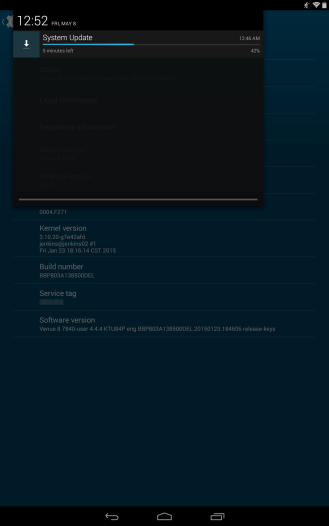 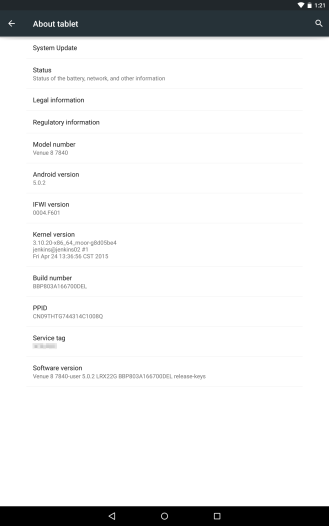 Android 5.0.2 for the Venue 8 has a number of visual differences compared to 4.4. This tablet shipped with a lightly skinned version of KitKat, and it looks like Dell gave up on its handful of design changes—the Lollipop UI is completely unadulterated at first glance. The Venue 8 will also encrypt itself by default during the update process. I'll continue to poke around and see if there's anything notable to report.

Google might have been a little overzealous with its promise to get 5.1 out to the Nexus 9 today, but I never thought it would be Dell that gave us an update to talk about this evening. Now that we have Android 5.0.2, I suppose we can start pestering Dell to release Android 5.1. Stop laughing. It could happen.